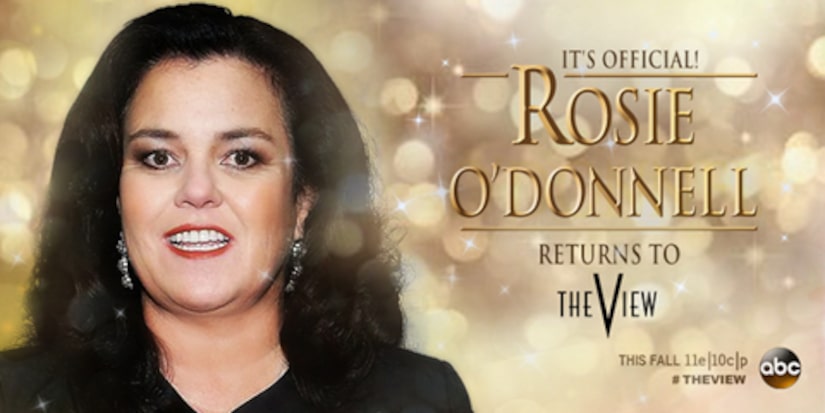 “The View” welcomed Rosie O'Donnell back to the show on Thursday with a tweet!:

Earlier this week, PageSix reported that Rosie was offered a “one-year, seven figure” contract and that the comedian wanted certain stipulations added, like “approval over offers to other co-hosts.”

According to the paper, she asked that no reality star sit on the panel.

Fans may recall that Rosie's former nemesis, Elisabeth Hasselbeck, rose to fame as a contestant on “Survivor,” before joining “The View” a few years later.

Hasselbeck sounded-off on Rosie's return to the show on Wednesday, telling “FOX & Friends,” "What could ruin a vacation more than to hear news like this?"

Rosie replaced Meredith Vieira in 2006, but after tension on the set (mostly with Elisabeth), O'Donnell decided to leave. She exited the show in May 2007.