The 23-year-old “Hunger Games” star turned heads in a white Christian Dior ensemble, and showed off plenty of side boob action!

Jen Law was also her usual quirky self, goofing around with “Harry Potter” star Emma Watson. 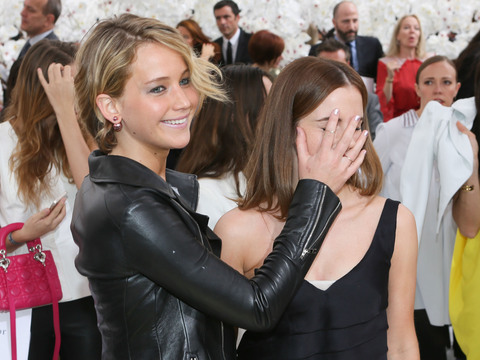 Other celebs in at the Dior show on Monday included Charlize Theron with boyfriend Sean Penn, and Oscar winner Marion Cotillard.