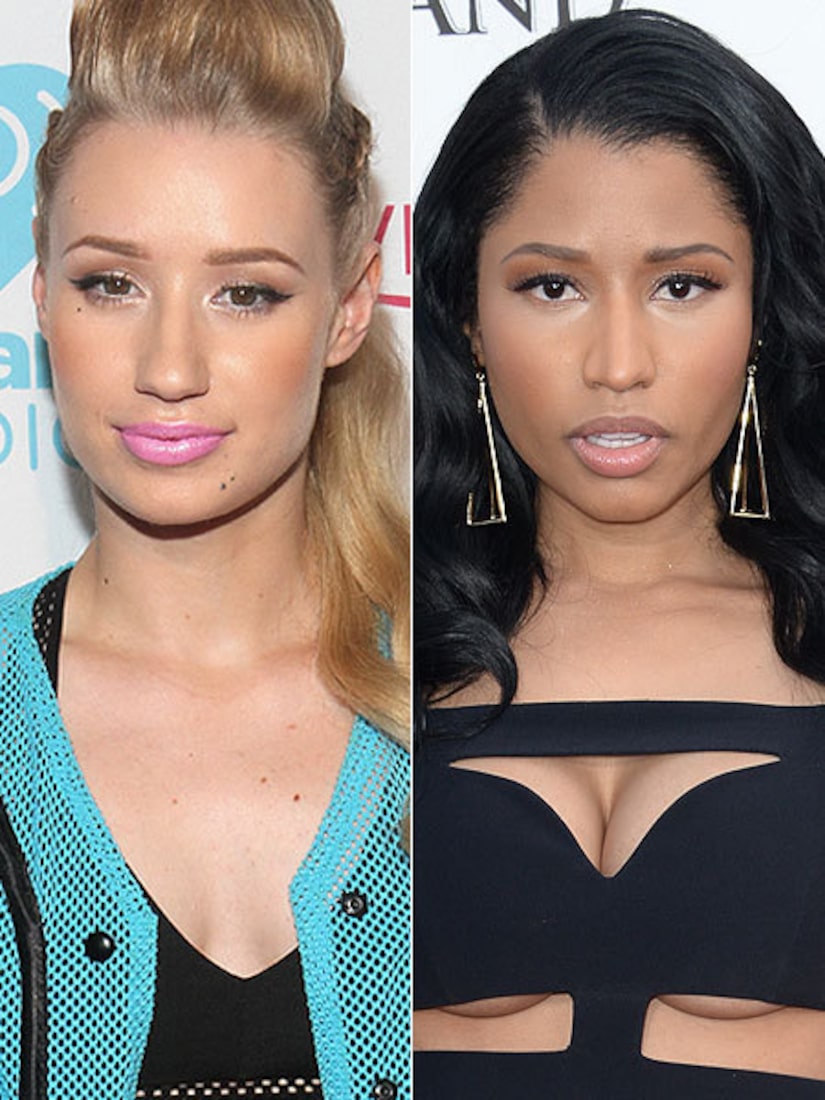 The two performers took to social media to speak about the reports Minaj dissed Iggy during her acceptance speech at the 2014 BET Awards this past weekend.

Minaj tweeted, “The media puts words in my mouth all the time and this is no different. I will always take a stance on women writing b/c I believe in us! I believe we're smart enough to write down our own thoughts and perspective, just like the men do. I've been saying this for 5 YEARS… I've congratulated Iggy on the success of 'Fancy,' publicly. She should be very proud of that. All the women nominated should b proud. That will never change my desire to motivate women to write. Our voices have to be heard. I hope I inspire up & coming females to do that.”

Iggy posted later on Instagram, “I have to say the general explosion of pettiness online on the last few days is hard to ignore & honestly… lame. If I had won the BET award that would've been great but it wasn't my year & I don't mind – so you shouldn't either. Generally speaking I'm unbothered by anything that 'happened' at the BET awards and just feel worn out by everyone trying to make me have wars with people all the time. Anyone who wishes me well is welcome in my life & those who don't can't get any more of my time. I hate to see everyone exhausting themselves on my behalf over things that I'm still not 100% sure even exist & don't matter. just let it go.”

Azalea's song “Fancy” has broken a record for female rappers by earning its sixth week at number one on the Billboard Hot 100.