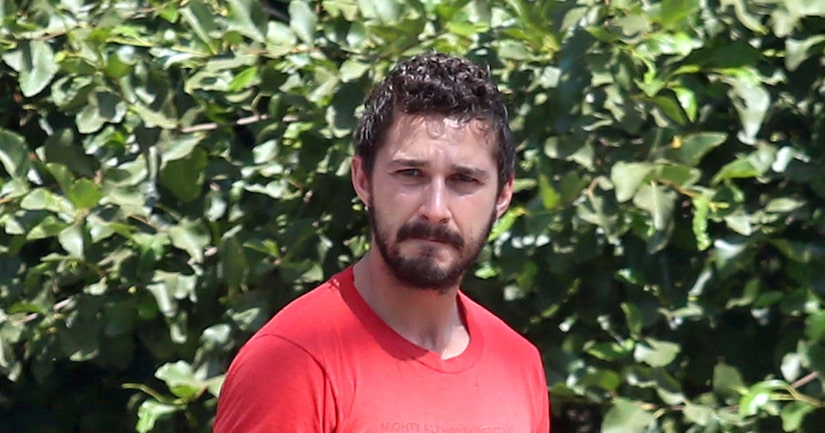 Troubled actor Shia LaBeouf is indeed seeking professional help after his erratic behavior and subsequent arrest in NYC last week, but he is not in rehab.

There were reports earlier this week that the “Transformers” star was seen entering a treatment facility in Hollywood.

His rep, however, told E! News, "Contrary to previous erroneous reports, Shia LaBeouf has not checked into a rehabilitation facility but he is voluntarily receiving treatment for alcohol addiction."

The rep added, "He understands that these recent actions are a symptom of a larger health problem and he has taken the first of many necessary steps towards recovery. There will be no further comments made at this time."

Shia was booted from the Broadway show “Cabaret” at Studio 54 a week ago after allegedly displaying some inappropriate behavior.

He was eventually taken outside and promptly arrested on charges of disorderly conduct, criminal trespass and harassment.