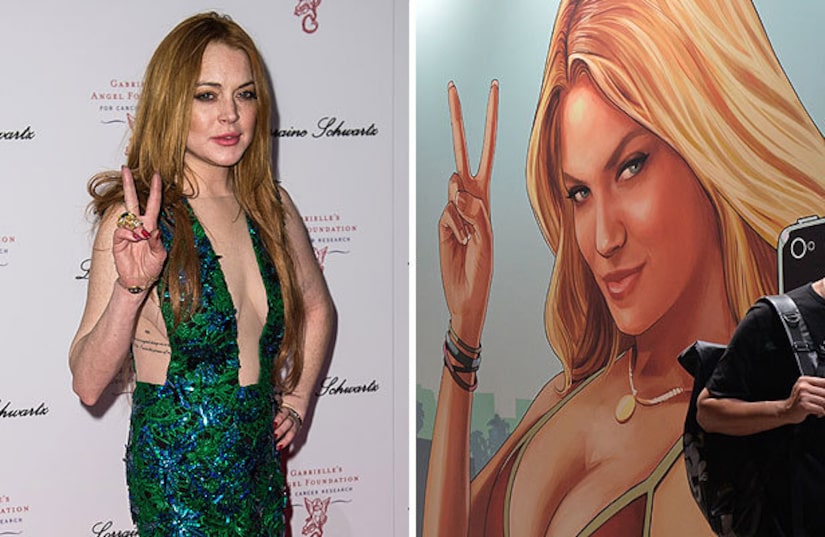 Actress Lindsay Lohan claims her likeness is being used in a video game without her knowledge or permission.

NY Daily News reports Lindsay filed a suit on Wednesday against the makers of the popular Grand Theft Auto V for creating the ditzy Lacey Kunis character, which the "Mean Girls" star believes looks and sounds a lot like her.

The papers filed in the Manhattan Supreme Court state, “The portraits of the Plaintiff (Lohan) incorporated her image, likeness, clothing, outfits, Plaintiff's clothing line products, ensemble in the form of hats, hair style, sunglasses, jean shorts worn by the Plaintiff that were for sale to the public at least two years” before the game was released.

The game also features Lacey trying to escape from the hotel Chateau Marmont in West Hollywood.