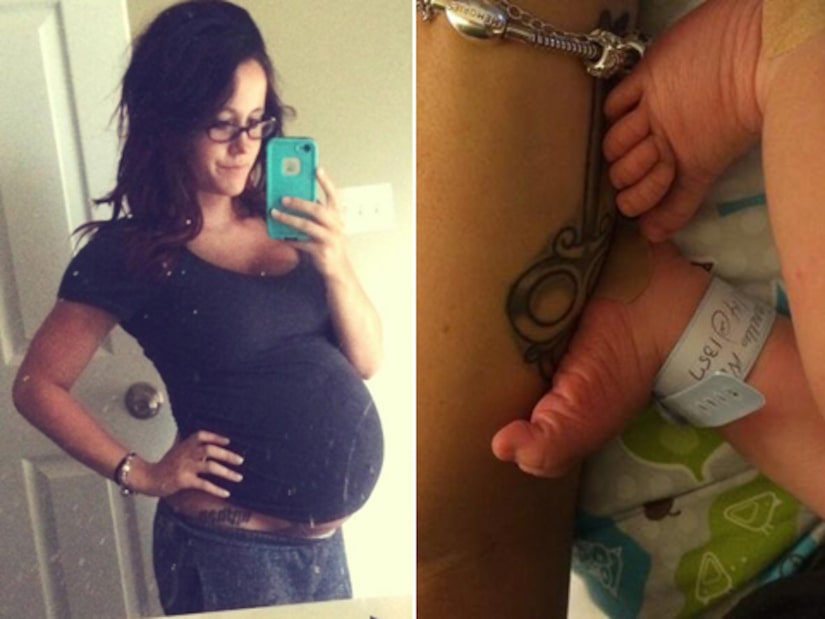 The “Teen Mom 2” star named the little guy Kaiser and announced the happy news with a photo of the baby's feet on Twitter.

Evans, 22, is mom to 4-year-old Jace with ex-boyfriend Andrew Lewis.

Life hasn't been easy for Jenelle. She wed Courtland Rogers in December 2012, but the couple went their separate ways in April 2013. She chose to have an abortion at that time. "I panicked — I'd just gotten off heroin, I was very skinny and unhealthy, I wasn't stable," Evans told In Touch.