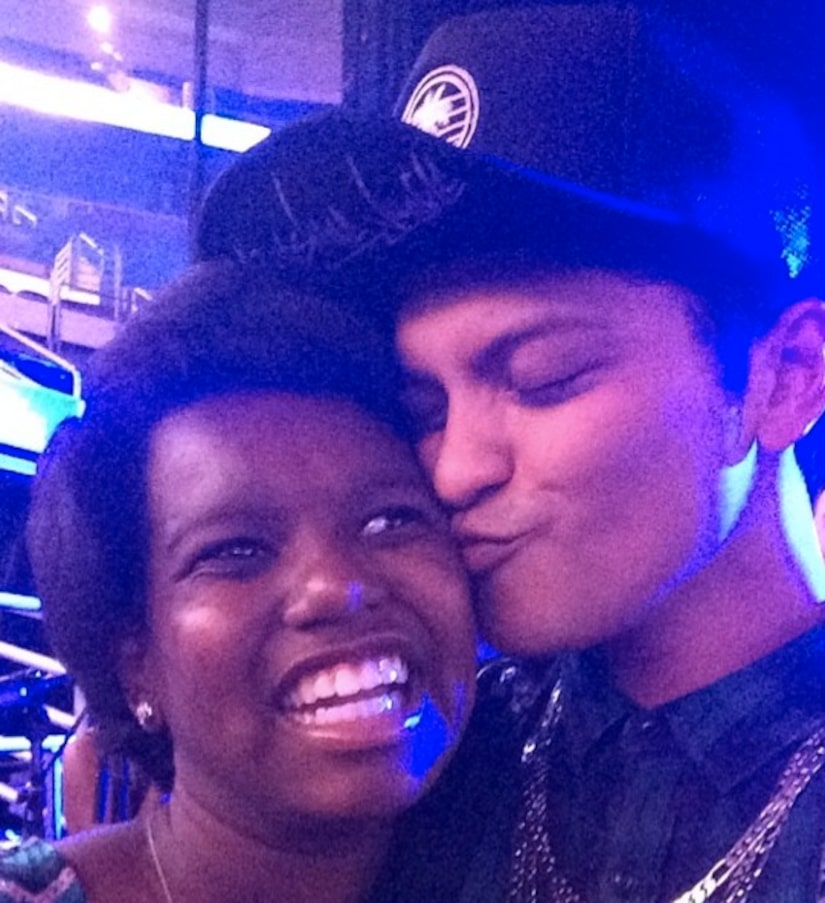 Singer Bruno Mars gave one special fan a moment she will always remember.

At his Cleveland concert on Saturday, Mars serenaded Zumyah Thorpe, an 11-year-old who lost her pregnant mother and two younger sisters in 2013 when a drunk driver hit their car. Though she survived, Zumyah suffered severe physical injuries including brain damage.

The crooner sang Thorpe's favorite song, "Just the Way You Are” and dedicated the concert to the brave little girl and gifted her his guitar and signature fedora.

Local Cleveland radio station WKYC reports the nurses in the hospital where Thorpe was recovering continually played Mars' songs and her doctor believes his music had a healing power.

Zumyah's doctor told the station, "I am absolutely convinced that singing those Bruno Mars songs and being able to say 'Bruno Mars' is in itself a miracle… knowing all the words to the songs has helped her recover. I asked her who her favorite singer was and she said 'Bruno Mars' as quick as anyone would say any singer, and she just started singing every single word."

Bruno also posted a sweet pic on Instagram, writing, “Zumyah tonight you gave my band and I something we've never felt before. you're an inspiration to the world! #WeLoveYouZumyah.”