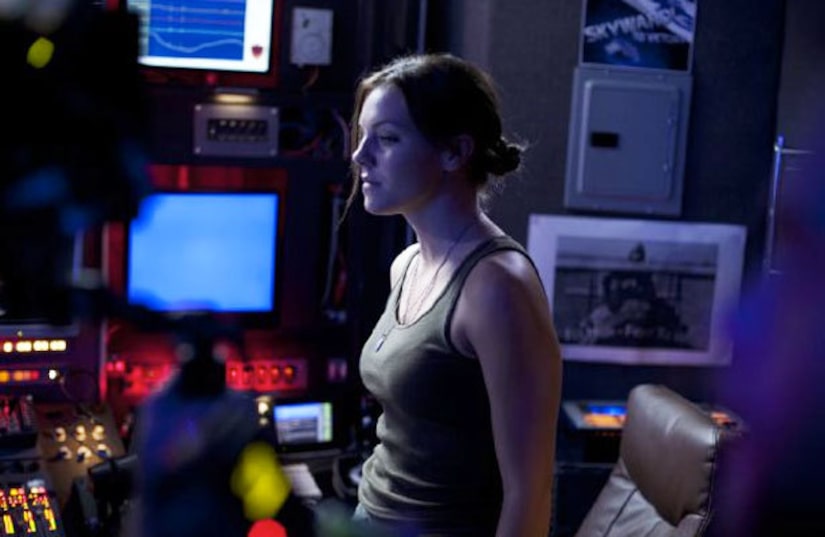 Actress Eloise Mumford had to dig deep to play a US drone pilot.

When one terrorist is recognized, celebrating a birthday with his family, the two soldiers are tasked with launching a deadly military drone to wipe out the whole party. With time running out, Lawson and Bowles begin to question what the real motives are behind the ordered lethal attack.

ExtraTV.com spoke with Mumford about the experience.

The actress explained, “It was incredibly challenging because obviously drone pilots are put into these situations and as an actor, you are stepping into their shoes for a very limited time. The small amount of time spent in the shoes of a drone pilot you realize the intensity and pressure that they are under. All day, every day. To do that for however many minutes I had to, it was exhausting!”

Mumford said they were able to get firsthand accounts of what a drone pilot goes through. “We spoke to a drone pilot who worked in New Mexico. He was not able to give us a lot of information about the specifics of what he's done, but they are under incredible moral pressure at making these decisions, and you're not necessarily in a situation where you have all the information.”

She added, “Most soldiers in combat are overseas and it's a contained war experience. Drone pilots, however, are going 9-to-5 in the war zone and then are coming home at night to their family and a normal life. The sort of mental gymnastics that you have to do in order to be able to navigate is really tolling.

Watch a clip from "Drones"!

“I was in incredible awe. I feel very grateful that that there are whole factions who dedicate their lives to protecting our country. Not in a patriotic rah-rah type of American way but just in awe of people who are doing it every day regardless of the politics. It's a really controversial subject right now with more and more drones in the air, but the reality is this: in the next 40 years there could no longer be any manned aircraft. It raised my awareness of both sides, and I can appreciation of how hard of a job that is. There isn't always a right answer.”

Mumford concluded, “Regardless of how we feel politically about drones, it's important as a society to start talking about the affects they have on the human side of it. War is complicated, that's what it comes down to. It's messy and if there is a right answer, we would be closer to doing the right thing.”

On a lighter note, Mumford is excited about fans seeing the big-screen adaptation of “Fifty Shades of Grey,” in which she plays Kate Kavanagh, the best friend of leading lady Anastasia (Dakota Johnson).

Eloise said, “It's going to be a really great film. I wish I could give more details, but I have been sworn to secrecy. What I can say is that to the millions and millions of fans who are looking forward to seeing it, I think they'll be very excited to see what we've created. I'm dying for a trailer to come out or anything little information so you can get a taste of it.”

“Drones” is in theaters now and “Fifty Shades of Grey” hits theaters February 13, 2015.