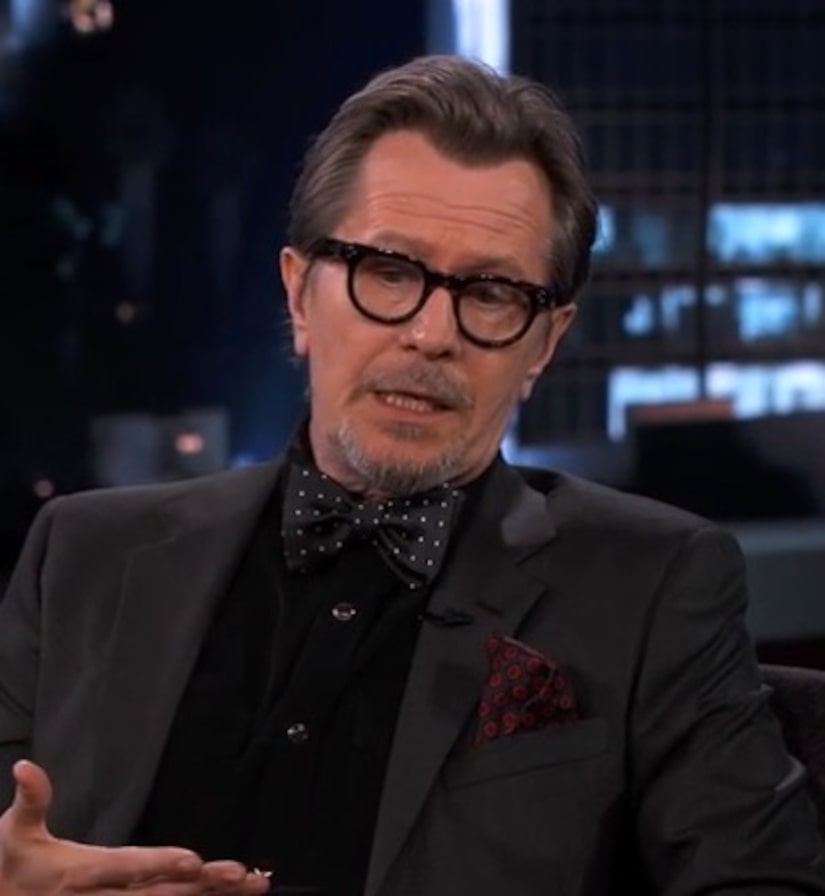 Actor Gary Oldman made an appearance “Jimmy Kimmel Live!” on Wednesday night, where the actor called himself "an a-hole" for a slew of insensitive comments he made during a candid interview with Playboy.

Oldman told Kimmel, "Once I saw it in print, I saw that it was insensitive, pernicious and ill-informed. I am a public figure, I should be an example and inspiration, and I am an a-hole. I am 56. I should know better. I extend my apology and my love and best wishes to my fanbase."

Oldman continued, "Words have meaning and they carry weight, and they carry on long after you've said them. I don't condone or excuse the words that I used in any context. I just basically shouldn't have used them, in any context, but I did and I have deeply injured and wounded a great many people."

The appearance on “Kimmel” comes on the heels of Oldman's open apology letter to the Anti-Defamation League.

According to a statement from ADL director Abraham Foxman, the organization was displeased with Oldman's note, calling his apology "insufficient and not satisfactory."