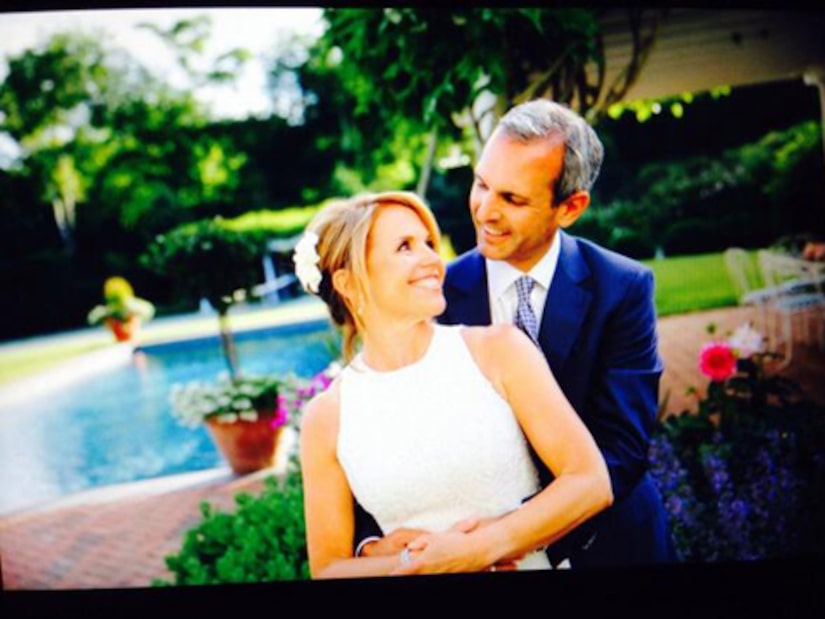 Katie Couric and John Molner tied the knot in an intimate wedding ceremony in East Hampton, New York on Saturday.

The couple's friend, John Ellis, officiated the nuptials in Katie's backyard in front of 50 guests.

The ceremony included readings by Couric's daughters with late husband Jay Monahan, Ellie, 22, and Carrie, 18, as well as Molner's children, Allie and Henry.

Katie tweeted a photo after the ceremony along with the caption, “So excited to make my debut as Mrs. John Molner!”

John proposed to Katie in September 2013 after two years of dating.