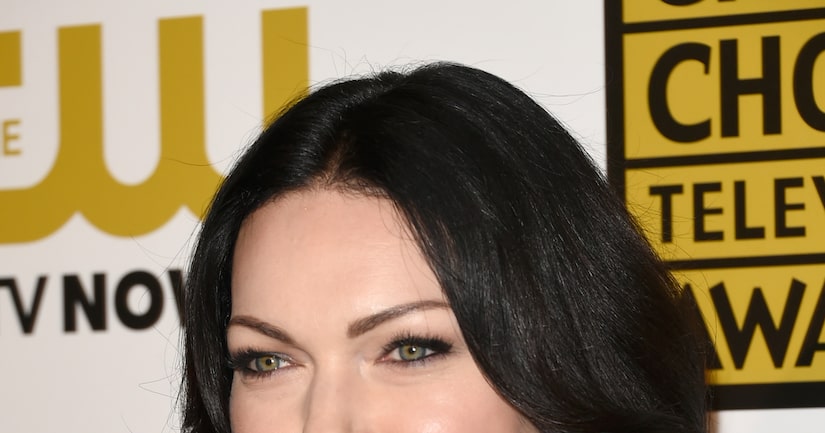 “Orange Is the New Black” star Laura Prepon traded her prison garb for a stunning Alice & Olivia gown at the 2014 Critics’ Choice Television Awards on Thursday, where she talked about rumors she is dating Tom Cruise.

Prepon told “Extra’s” Terri Seymour, “He's amazing, but yeah, I don't know where this stuff comes from. I really don't, but it’s part of our job and we have to deal with it. There’s rumors all the time… what are you going to do?”

As for who Prepon does want to date, she said, “I was in Stockholm and I fell in love with that city, and I’m like, ‘I think I might need to marry a Swedish guy and move to Stockholm.’ I think I just secretly want to live in Europe. I want a reason to live over there, so I’ll be in prison half the year and the other half of year I’ll go to Europe with my husband. Where are you, hubby? I haven’t met you yet.”

The hit Netflix series walked away as big winners at the ceremony, snagging Best Comedy Series, along with Supporting Actress in a Comedy (Kate Mulgrew) and Guest Performer in a Comedy (Uzo Aduba).

Season 2 of “OITNB” is currently available on Netflix!