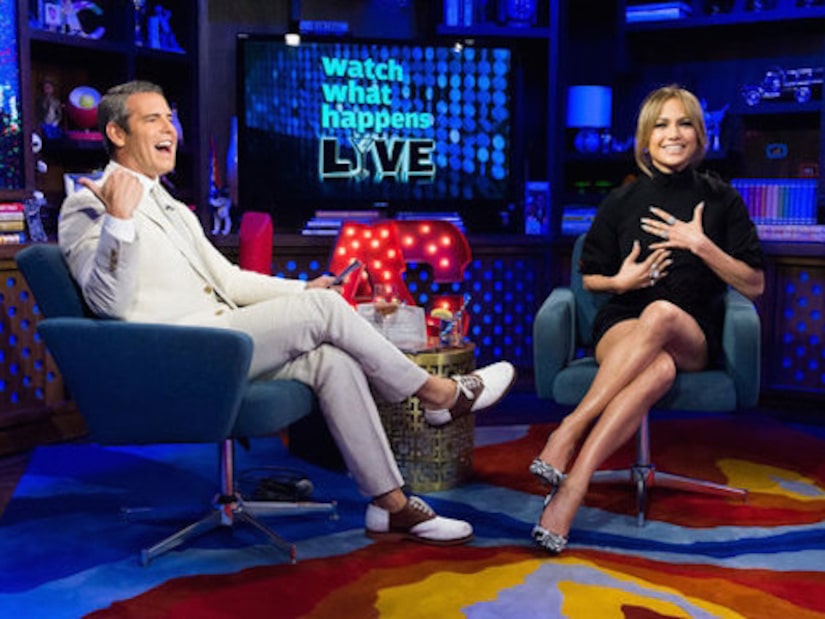 Jennifer Lopez was in the hot seat on “Watch What Happens Live” this week, answering questions about her ex-boyfriends and husbands… and that supposed feud with Mariah Carey.

When host Andy Cohen peppered Lopez with his round of “Plead the Fifth” questions, Lopez began to squirm, asking, "Can I leave? Am I trapped in here? I'm gonna start having anxiety."

She stuck it out, and in the end never even pleaded the fifth!

First, Andy wanted to know about Bennifer, asking if the singer helped with his transformation.

The "I Luh Ya Papi" singer said yes!

Who Should J.Lo Date Next?

"I did kind of like, say, 'You're a movie star! You should wear a suit! You should do this with your hair!' For sure. I mean, I do that. By the way, guys do that to girls, too: 'I like that dress better than the other dress.'"

The 44-year-old added that he "was into it. He didn't do anything he didn't want to do... he had some good fashion moments when he was with me!"

Next, Cohen asked about her feud with former “American Idol” judge Mariah Carey.

Lopez said the two singers don't even know each other!

"I don't have a feud against her at all. I know from back in the day, I've read things that she's said about me that were not the greatest, but we have never met. Like, we don't know each other. I think it's kind of from word of mouth of things that have happened in the past that I'm not really aware of. But I don't know."

Jennifer, who is currently promoting her new album “AKA,” continued, "I would love to meet her and I would love to be friends with her. I think she's incredibly talented and I've always been a fan of hers. 'My All' is one of my favorite songs of all time. I just love her. It saddens me to hear anything that's negative because I'm a fan of hers."

Cohen then asked Lopez who is better in bed: dancers, singers or actors? "Ha! I have to say that in my limited experience, I would have to say anybody involved in music. So I would say singers and dancers." She then said, "I forgot my card! Dammit! I could've pleaded the fifth!" Watch the video!

Cohen followed up with, "By the way, speaking of dancers, what's the best and worst part about dating a dancer?"

She answered, "The best and worst part? I mean, there's no bad part to it, really. It's not about the fact that they're a dancer or not a dancer. I've dated two dancers. One, I had a brief marriage with, Cris Judd, who is an amazing person and whom I love, and then Beau [Casper Smart], who we just broke up, who I love as well. He's a good friend." Watch the video!