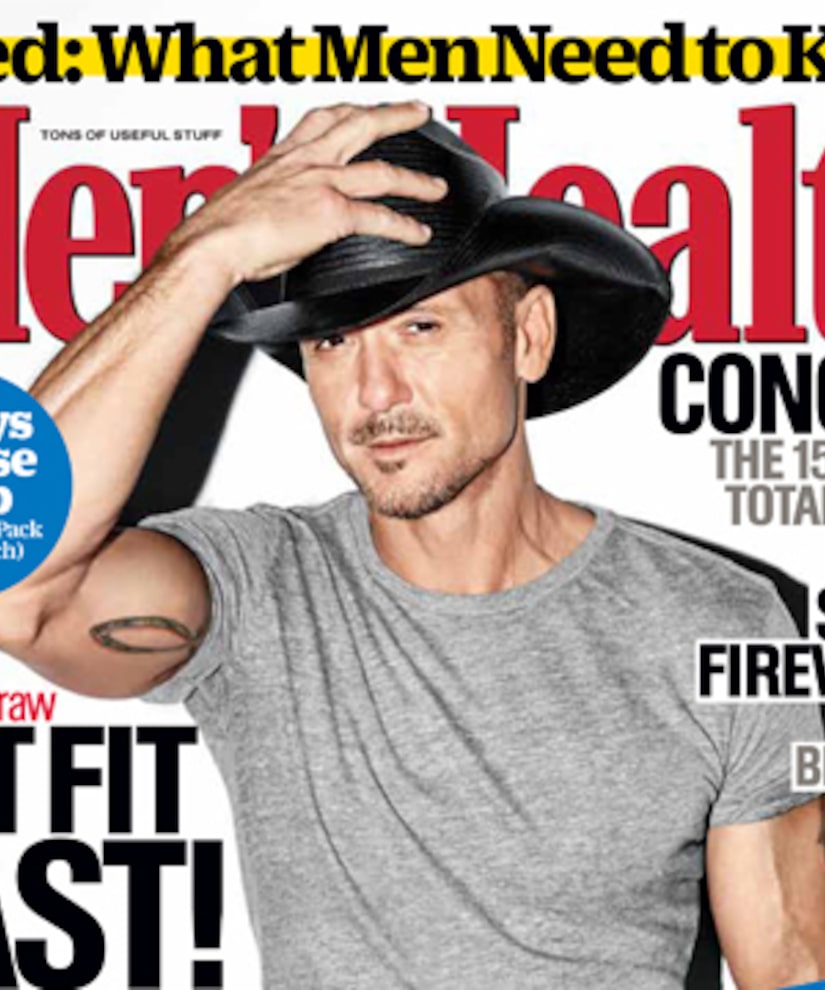 We can't get enough of the new and improved Tim McGraw!

The country star traded booze for workouts, and it's really paying off. Just look at his 8-pack abs!

Faith Hill's hubby is showing off his ripped physique in the new issue of Men's Health magazine and revealing why he changed his ways.

McGraw told the mag that when he started out, he needed to drink just to get on stage. When his career took off, the partying only got worse.

"I drank too much," he explained. "I partied too much. And did other things too much. Chemically. No needles or that kind of stuff, but… use your imagination."

He ultimately got sober for his wife and their three daughters.

"When your wife tells you it's gone too far, that's a big wake-up call,” he said. “That, and realizing you're gonna lose everything you have. Not monetarily, not career-wise, but family-wise. It got to the point where my kids were getting older, and it was way past the point that they noticed it. And I noticed that they noticed.”

These days, McGraw's staying fit with the help of his road-warrior workouts. Read all about them in the new issue of Men's Health, on newsstands June 24.