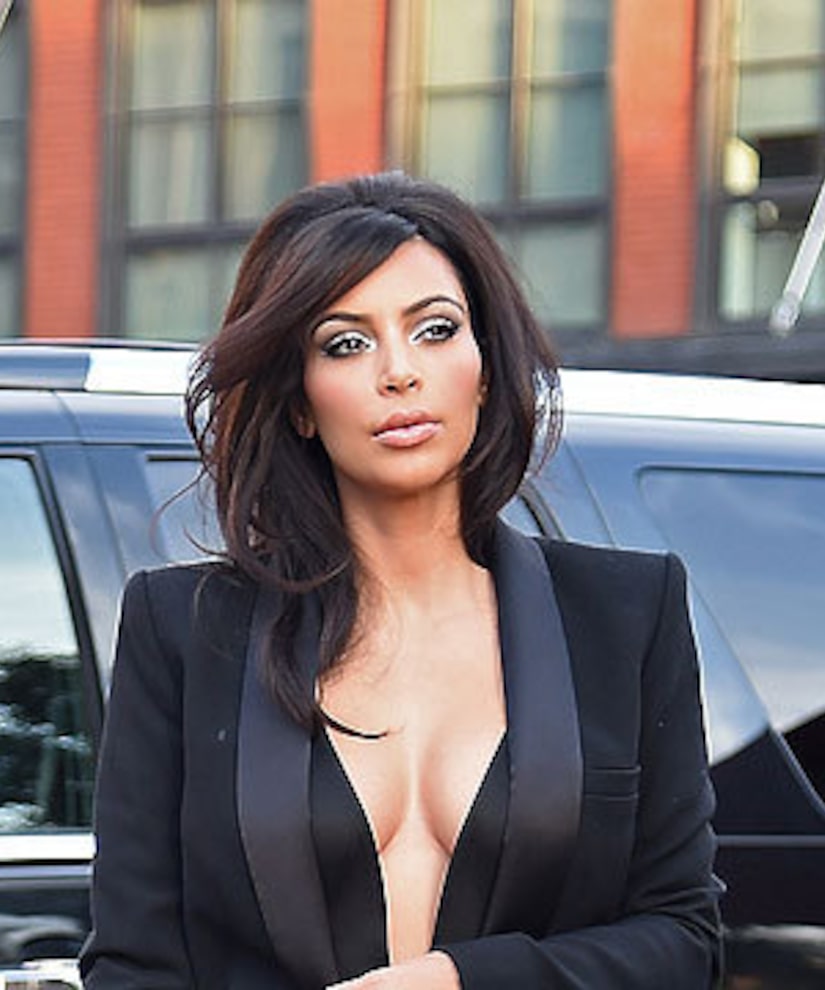 Reality TV darling Kim Kardashian is busting out in the Big Apple!

Mrs. Kanye West stopped traffic in NYC in a plunging, black tuxedo top, showing off her ample cleavage, as she met her sister Kourtney for dinner.

Meanwhile, Kanye attended the Cannes Lions' International Festival of Creativity's "Technology, Culture and Consumer Adoption: Learning to Read the Cultural Landscape" on Tuesday, where he talked about perfecting his wedding photos before posting them.

On a panel with tech bigwigs Steve Stoute and Ben Horowitz, Kanye said, "I'll tell you a little story about the kiss photo that my girl put up. We sat there and worked on that photo for four days because the flowers were off-color and stuff like that.”

The reason "we worked on the photo so much," Yeezus revealed, was because even though photographer Annie Leibovitz "pulled out of the wedding" the day before it took place, the groom "was like, 'I still want my wedding photos to look like Annie Leibovitz's photos.'"