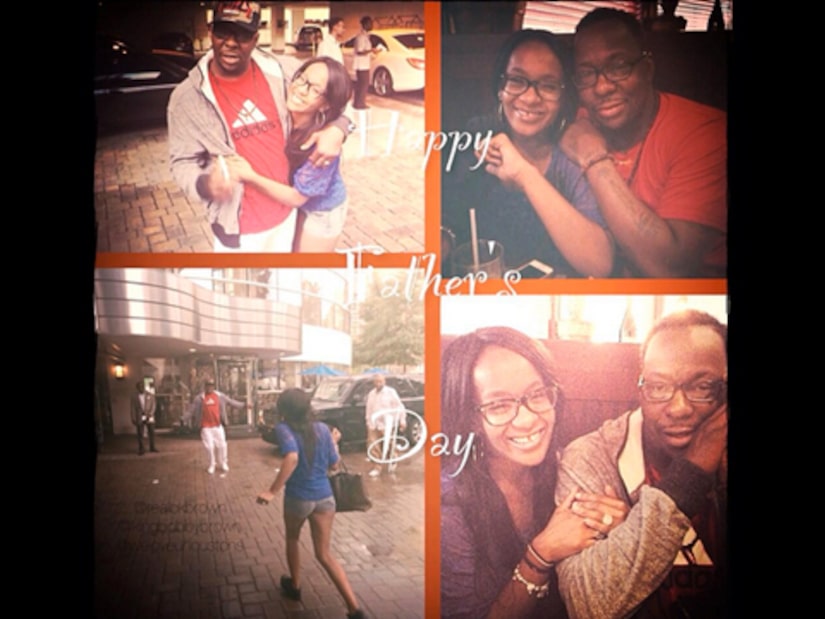 Bobbi Kristina Brown and dad Bobby Brown have put their differences behind them for the first time since Whitney Houston passed away two years ago.

The daughter-dad duo documented their emotional Father's Day reunion on Twitter. One photo even shows Bobbi taking a running start to jump into her father's arms.

The pair celebrated the holiday over dinner. Bobbi Kristina told her Twitter followers, "My face says it all,” adding, "I love you daddy."

Bobby reportedly wasn't on board with his daughter's marriage to Nick Gordon, but it seems he's accepted their relationship.

Bobbi Kristina, 21, is the only child of Bobby and Whitney.