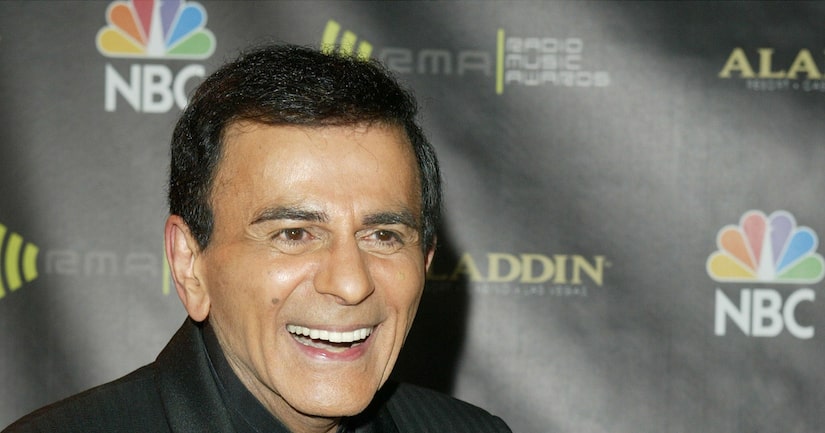 Kasem, who suffered from Lewy Body dementia, had been in hospice care in Washington State for the past few weeks and was surrounded by close family and friends when he died, including his children, Kerri, Mike and Julie.

Daughter Kerri wrote on Facebook, "Even though we know he is in a better place and no longer suffering, we are heartbroken. Thank you for all your love, support and prayers. The world will miss Casey Kasem, an incredible talent and humanitarian; we will miss our Dad."

Casey's wife, Jean Kasem, had been feuding with Kasem's three older children over the radio DJ's well-being for years and is reportedly now under investigation over accusations that she “fatally compromised” Casey's health by taking him on a multi-state ride that ended in Washington.

Kerri Kasem Tells Mario Lopez: My Dad 'Needs to Be Under 24-Hour Care'

The radio personality premiered the popular program "American Top 40" in 1970, modeling it after the 1940s radio show “Your Hit Parade.” “Top 40” became a huge success and with its numerous spinoffs over the next four decades, Casey's distinctive voice became one of the country's most instantly recognizable. Kasem retired in 2009.

Besides his three children from his first marriage, Kasem is also survived by his daughter with Jean.