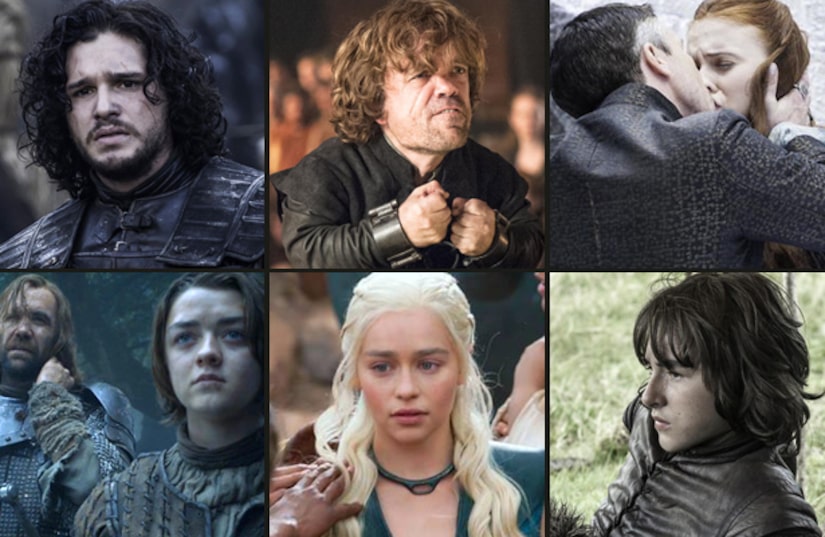 “Game of Thrones” Season 4 has been a wild ride… and it's not over yet. The murder and mayhem continue on Sunday night's finale!

As we near the final episode, we do have a few burning questions about what the future holds for our favorite characters. Check 'em out!

Can the Night's Watch fight off the wildlings? Mance Rayder and his army are on Castle Black's doorstep, and nobody in the realm seems to care! Will anyone step up and help Jon Snow and his fellow crows?

Are Tyrion Lannister's days numbered? Losing the trial by combat was a death sentence for Tyrion, and his sister Cersei is doing everything in her power to see him executed. Will brother Jamie and dad Tywin stand by and let him die?

Ew! Is Sansa Stark hooking up with Petyr Baelish? The last time we saw Sansa she was looking pretty sassy all dressed up in her dead Aunt Lysa's clothes. Is she planning to team up with Lysa's widower Littlefinger so they can run the Vale together?

What is with Arya Stark and the Hound? She's supposed to be his captive, but Arya and the Hound are thick as thieves. Now that Lysa's dead, he can't trade her for ransom. What's next… they become the Bonnie and Clyde of Westeros?

Can Daenerys bring order to Slaver's Bay? What will it take to keep Astapor, Yunkai and Meereen from slipping back into their old ways? The sooner Khaleesi figures that out, the sooner she can set sail for Westeros.

What is King Stannis' next move? He just got a loan from the Bank of Braavos. How will he spend all that cash?

Will Bran save them all? He's headed North of the Wall to get some answers from a three-eyed crow or something. Fingers crossed whatever he finds will be enough to stop the white walkers, winter and the darkness that Melisandre keeps going on about.