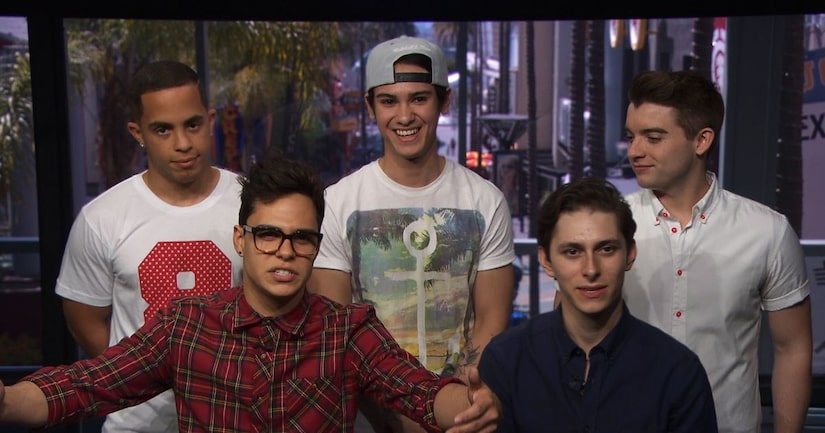 "Extra" is going coast to coast with two of the hottest bands. First, we caught up with Midnight Red at Universal Studios Hollywood as they finished up their US tour with The Wanted, then we headed across the country to Times Square to chat with British pop/rock R&B band Rixton as they begin their first American tour.

Midnight Red chatted about playing dodgeball against The Wanted, making it the boy band equivalent of the Revolutionary War.

They also talked about their single, "Hell Yeah," the origin of their name, and how they're handling all the female fan attention.

Now let's head over to Times Square where "Extra" was with Rixton chatting about their US tour, comparisons to Maroon 5, and their love lives.

The band also told the story about how drummer Lewi Morgan was recruited after attempting to steal singer Jake Roche's now ex-girlfriend.