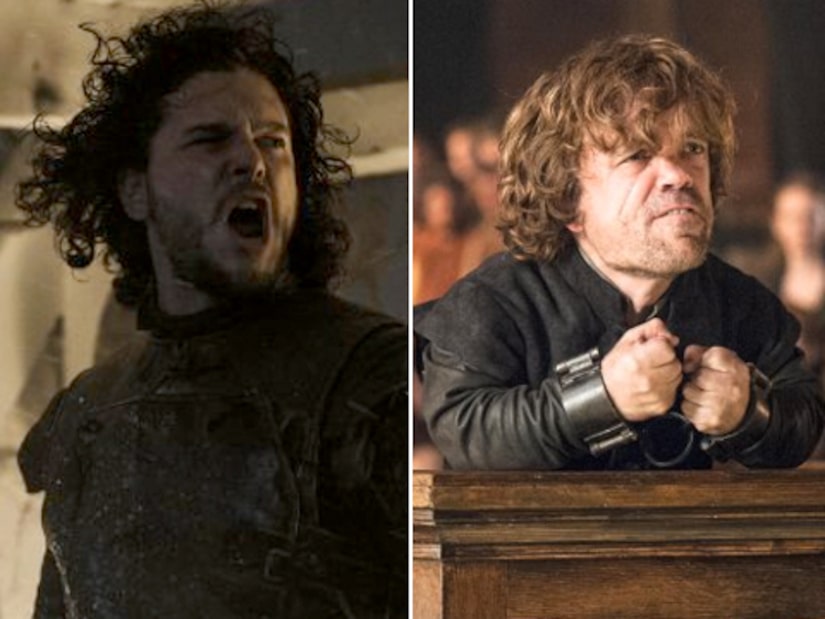 The "Game of Thrones" Season 4 finale is right around the corner, and fans should be wary about listening to any spoilers coming from Kit Harington, who plays Jon Snow on the hit HBO show.

The actor admitted to PageSix that he's been lying to fans!

"It's the funniest when you lie and say something like, 'So-and-so dies next episode,' and they go, 'Really?' " said Harington.

He teased “Extra” last week, saying, “If they keep killing characters at this rate... you're going to have to have a whole new cast... that's the funny thing isn't it... because we're going back for Season 5... I can't even tell you if I'm in Season 5.”

Kit's co-star Peter Dinklage, who plays Tyrion Lannister, might be a better source for "Game of Thrones" dish.

While most fans fear Tyrion is about to lose his head… they're wrong! Dinklage told “Extra,” As soon as I get those scripts I just voraciously go through them… I'm going to probably get a few of them in a couple months now… so I'm looking forward to it.”

Hmm… he wouldn't be expecting those “Game of Thrones” scripts if he were no longer on the show! Dinklage explained, “Tyrion is a survivor... he'll figure it out... when the odds are stacked against him... he may have a hidden ace up his sleeve.”