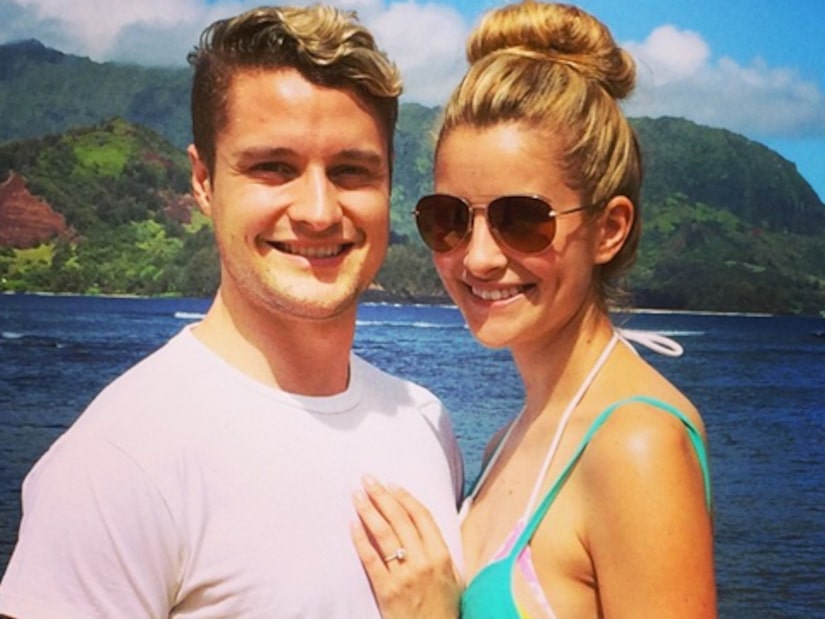 Charlie White is getting married! The “Dancing with the Stars” contestant and Olympic gold medalist announced his engagement to Tanith Belbin on Instagram.

He wrote, "Couldn't ask for a more beautiful setting for the best time in our life! Hashtag she said yes!!!"

Belbin, 29, is also an ice dancer, in fact, she and partner Ben Agosto won a silver medal at the 2006 Olympics!

White told People that fans have always assumed he was dating his skating partner Meryl Davis.

Luckily, Tanith doesn't mind. She had the same problem when she was skating with Agosto. “[Her understanding] makes my life so much easier," Charlie said. The couple has been dating for about five years.

Belbin grew up skating in Canada, before moving to Detroit in 1998 and teaming up with Agosto. As the 2006 Olympics neared, it actually took an act of Congress to get Tanith's U.S. citizenship in time for her to compete on the American team!

In 2010, Belbin and Agosto retired from competitive skating, but continue to ice dance together at shows.

Tanith now works as a choreographer, coach and skating commentator. She even did a stint as a pro on Canada's reality show “Battle of the Blades.”