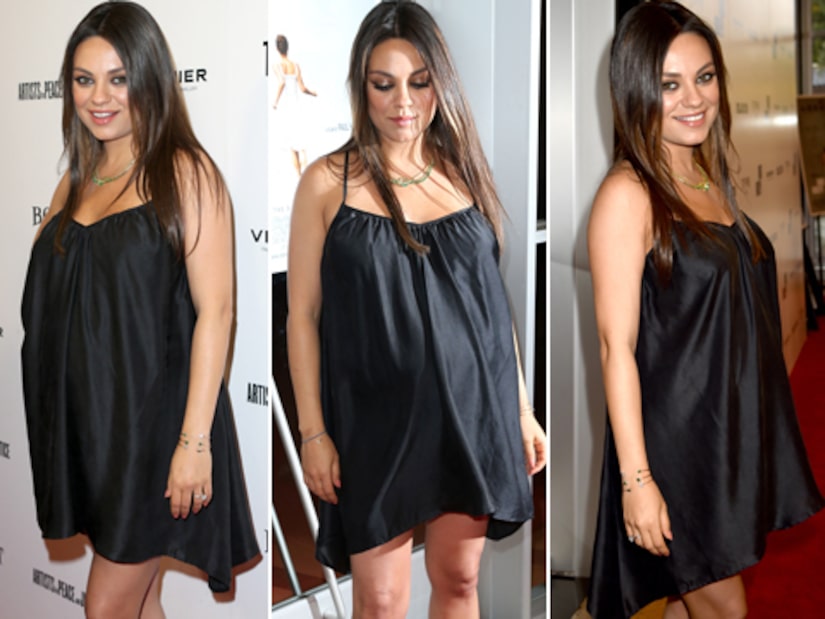 Hot mama! Mila Kunis showed off her pregnancy style on the “Third Person” red carpet in Hollywood on Monday.

The actress, who attended without fiancé Ashton Kutcher, arrived wearing a billowing, black satin maternity mini dress. She paired the LBD with nude heels, and an emerald statement necklace.

"Extra's" Renee Bargh was with Mila Kunis at the premiere chatting about the film. Watch!

The drama opens in theaters on June 20.