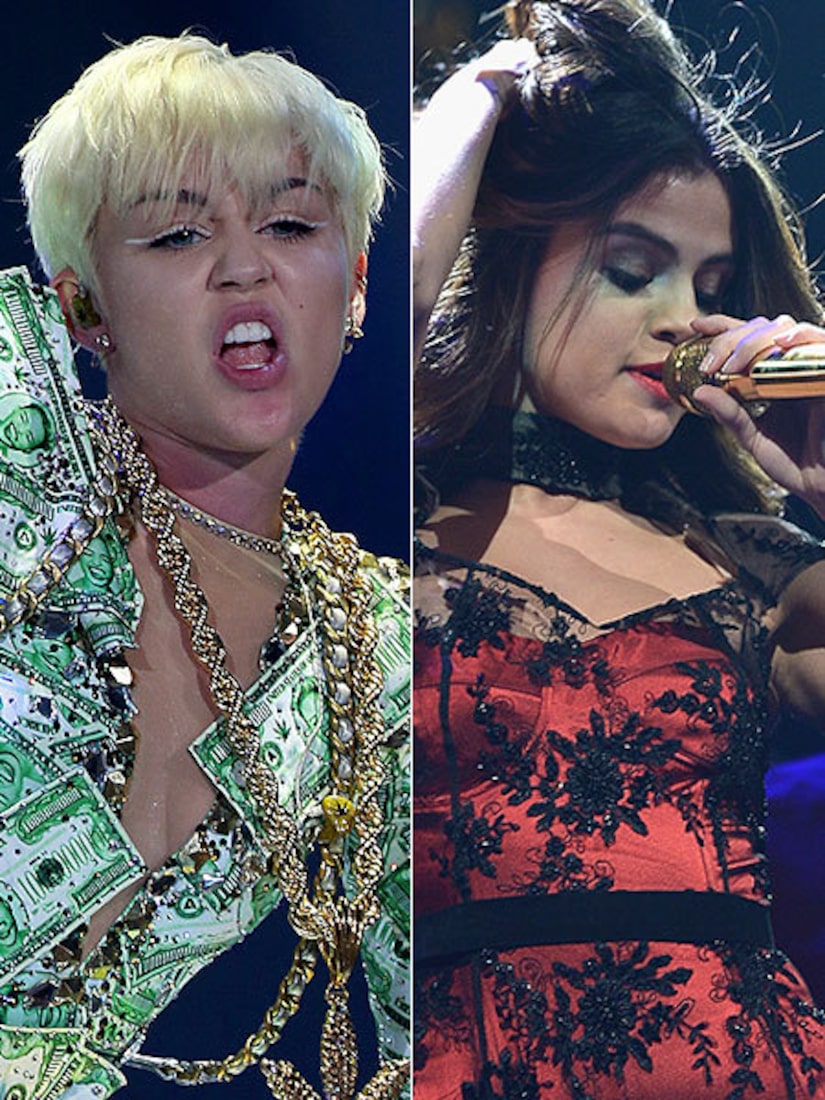 Apparently, Miley showed her disdain for Selena at the “Bangerz” concert in Milan this week, hurling a cardboard cutout of Gomez into the audience while singing “F U.”

Check out the clip, filmed by a fan:

It's not clear why Miley dissed her former friend, and Selena has yet to respond, but this isn't the first time the “Wrecking Ball” singer has had words with a fellow songstress.

A few months ago, Miley fired back at Katy Perry after Perry made fun of a kiss the two shared at one of Cyrus' concerts.

While on an Australian morning talk show, Perry joked, "I just walked up to her to give her like a friendly girly kiss, you know, as girls do, and then she like tried to move her head and go deeper and I pulled away."

Katy added, "God knows where that tongue has been… We don't know! That tongue is so infamous!"

Miley, of course, had to respond, tweeting later, "Girl if ur worried abt where tongues have been good thing ur ex boo is ur EX BOO cause we ALL know where THAT been," dissing Perry's ex John Mayer before adding, "Dontchyouuuu act like you didn't lurvvvvv it."