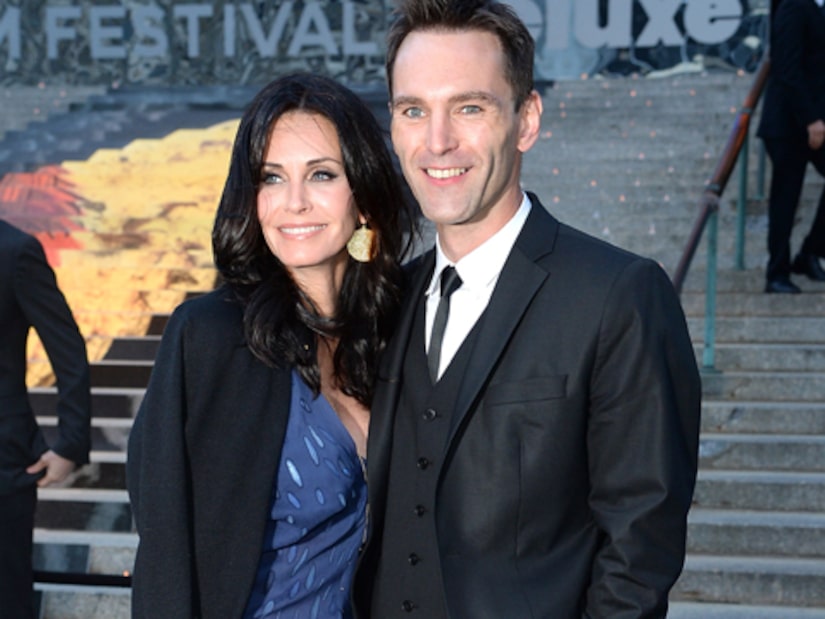 Page Six reports that the “Cougar Town” star, 49, and her Snow Patrol boyfriend Johnny McDaid, 37, have been talking about getting engaged after less than a year of dating!

Aniston is close with Ed Sheeran, who is buddies with McDaid. Cox and McDaid stepped out together publicly for the first time in December 2013.

A source told the paper, “Johnny loves her daughter Coco, and he wants to marry Courteney. They have discussed getting engaged, and everyone thinks it is going to happen.”

Cox and ex-husband David Arquette divorced in May 2013 after 14 years of marriage.