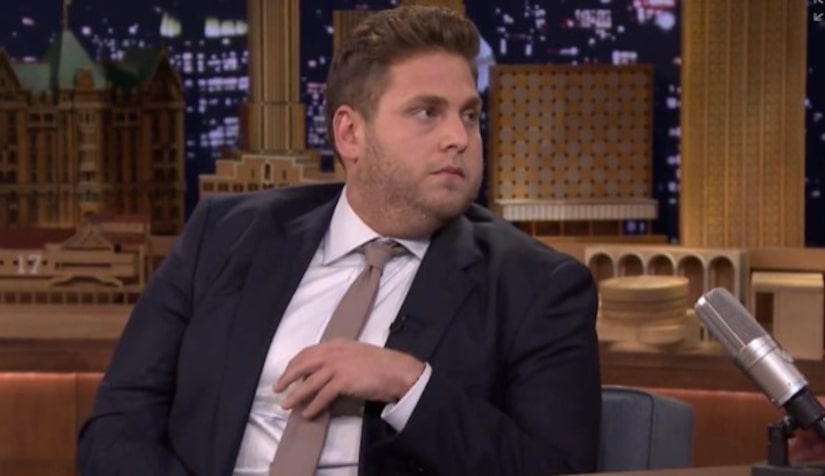 Actor Jonah Hill really is deeply sorry he made a caught-on-tape anti-gay slur.

The "22 Jump Street" star lost his cool over the weekend and hurled a homophobic slur at a persistent paparazzo who was following him. TMZ posted the video, which created a major backlash against Hill.

After apologizing on Howard Stern's radio show on Monday, Hill appeared on on “The Tonight Show with Jimmy Fallon” on Tuesday to address his actions… again.

Hill became emotional when describing his remorse. "I think that... sorry… I think that that doesn't matter. How you mean things doesn't matter. Words have weight and meaning. The word I chose was grotesque and no one deserves to say or hear words like that.”

Jonah continued, "My heart's broken and I genuinely am deeply sorry to anybody who's ever been affected by that term in their life. I'm sorry and I don't deserve or expect your forgiveness, but what I ask is at home, if you're watching this and you're a young person especially, if someone says something that hurts you or angers you, use me as an example of what not to do.”

He added, "Don't respond with hatred or anger because you're just adding more ugliness to the world. And again, I am just so sorry.”