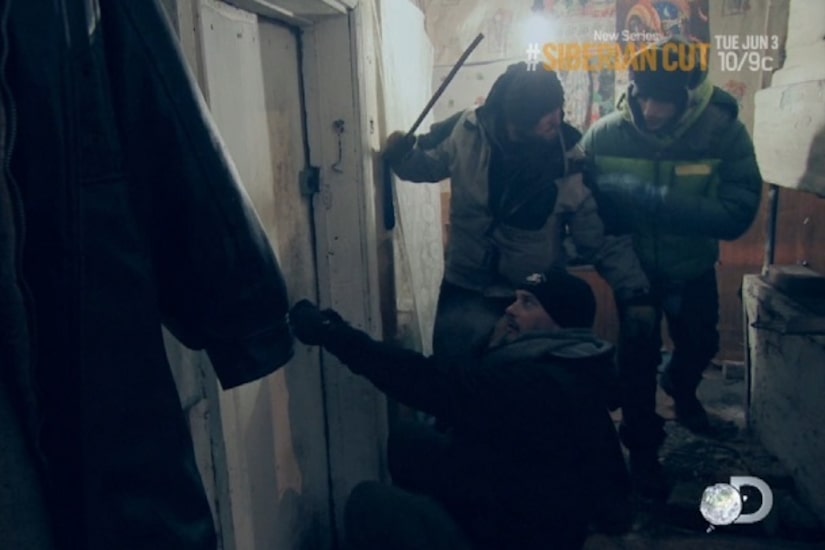 "Siberian Cut" is a new reality series from Discovery that follows a group of American loggers as they head to frigid Russia, hoping to make a fortune from Siberia's promised land of bountiful timber.

"Extra" has a sneak peek from the show's first episode. In the clip, the loggers are holed up in a freezing cabin in the middle of nowhere aka Krasnoyarsk, Siberia.

Sean Vann, the man who has brought the loggers to Russia, is nowhere to be found when a stranger shows up at the cabin at two in the morning, trying to break in.