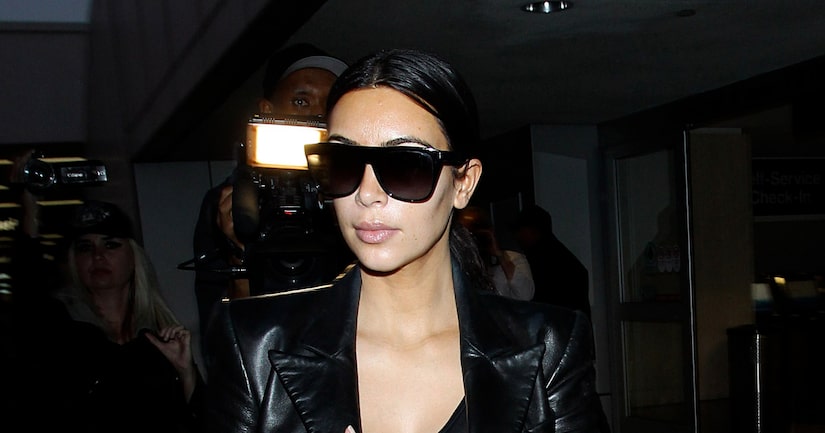 After their lavish European wedding extravaganza, reports say Kim Kardashian was less than impressed with her honeymoon in rainy Ireland.

Insiders told the Daily Mail that the “Keeping Up with the Kardashians star was disappointed by hubby Kanye West's choice, especially after her chic pre-wedding festivities in Paris and Italian nuptials.

Kim wasn't into biking through the countryside and was bored during the couple's five-night stay.

When the newlyweds finally flew to Prague to attend the wedding of one of Kanye's friends, Kim reportedly perked up.

An insider told Daily Mail, “Kim's idea of fun is getting dressed up and going to some great restaurants, and shopping till she drops in some of Europe's most posh boutiques. Not roughing it in the country.”

The source added, “Once they landed in Prague, and Kim had a chance to get decked out in her finest again, she seemed a lot more content.”

According to Kim, however, everything was perfect.

She arrived to LAX solo on Monday (Kanye has a concert tour date in Austin, Texas this week) and later tweeted, “Had the best most relaxing romantic honeymoon in Ireland & Prague! Missed my baby girl so much! Excited to be home to squeeze her so tight!” and added, “Congrats Renelou & JP!!!!!! Such a beautiful wedding! Wishing you a lifetime of love & hapiness! (sic) #BestMemories #MarriedGang.”