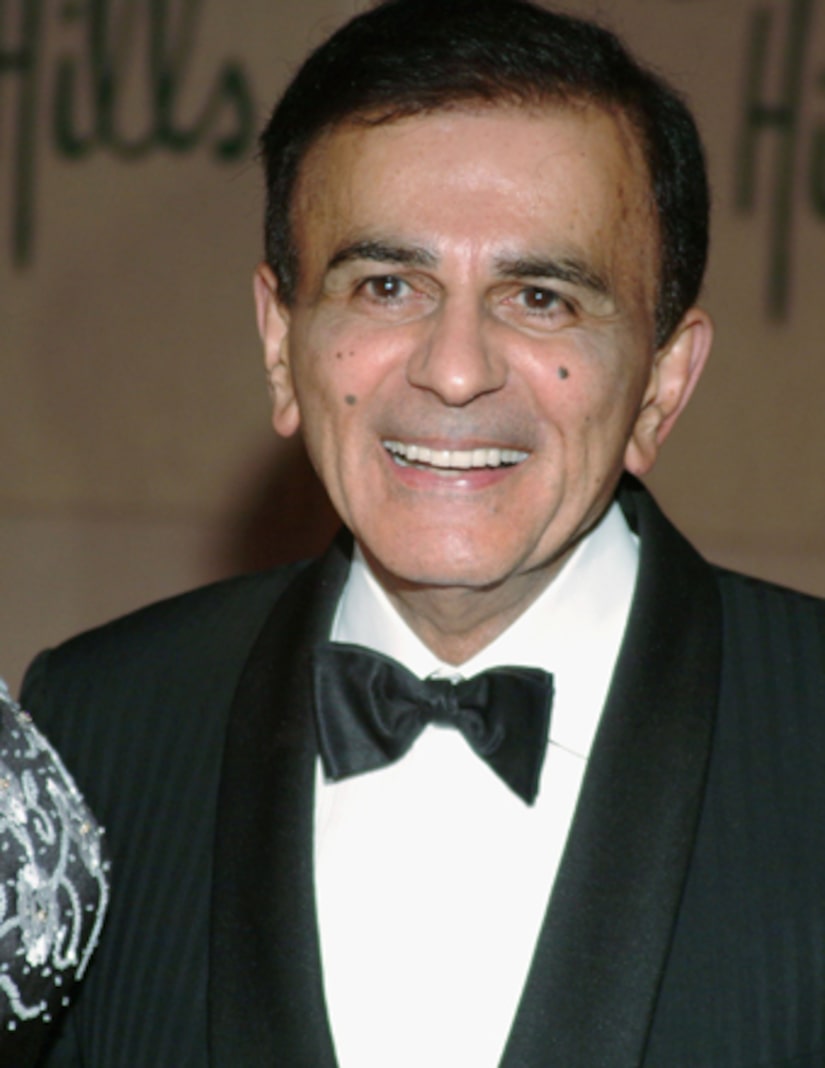 Last month, Jean removed Casey, who suffers from Lewy Body dementia, from a Santa Monica Hospital and moved him to Washington State without telling his children.

A Kitsap County judge ruled on Friday that Kerri could visit her father and take him for a medical evaluation.

On Sunday, Kerri brought an ambulance to the house where he was staying to take him to a hospital, but Jean did not want to allow paramedics inside the home. Someone called 911 and a second ambulance arrived along with a fire truck. Watch the dramatic video shot outside the house!

After the fire truck left, Jean walked downstairs and threw the raw hamburger at Kerri. When NBC asked why, Jean explained she was following a Bible verse.

"In the name of King David, I threw a piece of raw meat into the street in exchange for my husband to the wild rabid dogs," she said.

Eventually, Casey was removed from the home.

Jean also caused a scene on Friday when she held a press conference and played cell phone audio, claiming it was Casey groaning in protest of the judge's decision.