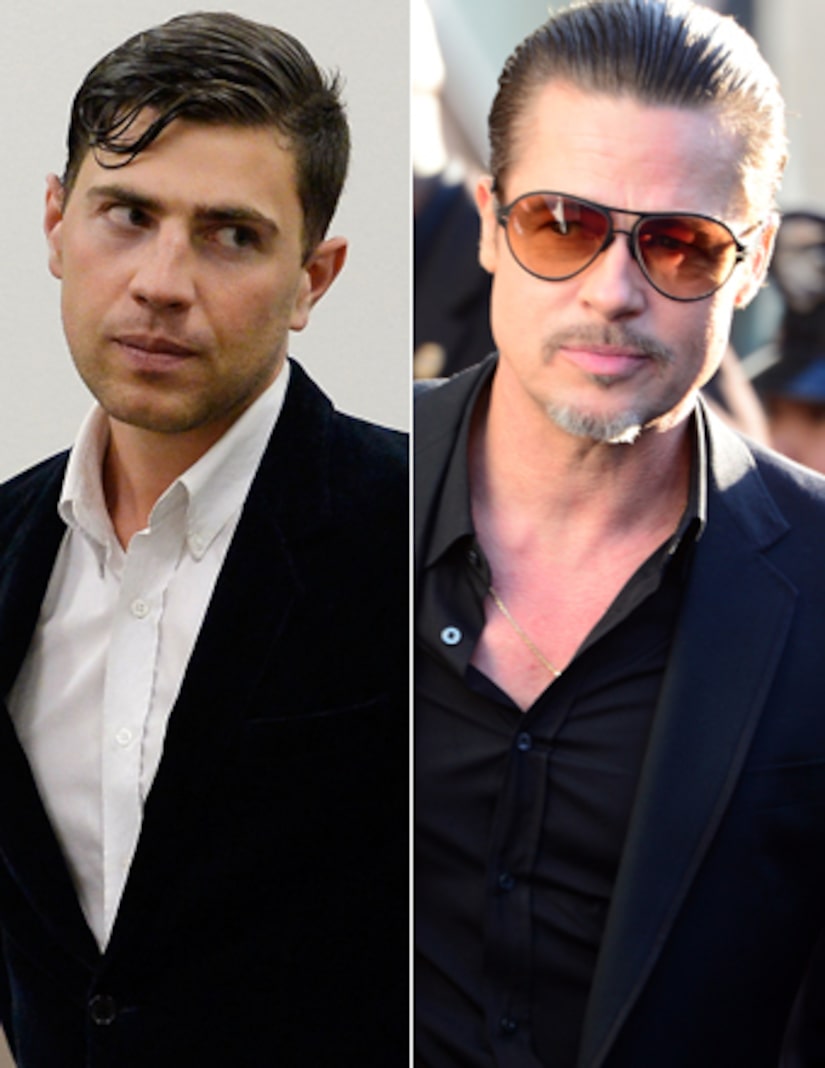 Vitalii Sediuk, the Ukrainian reporter accused of attacking Brad Pitt at the “Maleficent” premiere, describes the incident as a hug gone wrong.

Sediuk told the Associated Press that he was trying to embrace the star, and had no intention of hitting him.

“Extra’s” Mario Lopez also sat down with the former journalist to talk about the incident.

Sediuk offered an apology to the actor and others he affected. “I apologize for inconveniences that I created to many celebrities dealing with my style of entertainment… I feel sorry that I create inconveniences for Brangelina family because I knew there were no kids around, but they were at the premiere, and I kind of stole the spotlight from such an important moment."

Vitalii added, “I don’t think (there’s) something wrong with me. I am a different guy who thinks differently and has this entertainment spirit that probably people in Hollywood never experienced before. It’s something different, controversial, extraordinary and it’s hard to explain. I’m normal, at least I believe so.”

On Friday, the 25-year-old pleaded no contest to misdemeanor battery against Pitt, and was sentenced to three years of probation and a year's worth of psychiatric counseling.

The journalist admitted to Mario there are consequences to his actions. “I wouldn’t joke with the judge and I took them seriously because one thing you do for entertainment and other thing, when you have legal problems, and I have to tell you they’re so many consequences I experience now.”

The serial troublemaker has a long history of red carpet pranks. Click here for videos of Sediuk’s infamous incidents involving Leonardo DiCaprio, Adele, Will Smith and others.