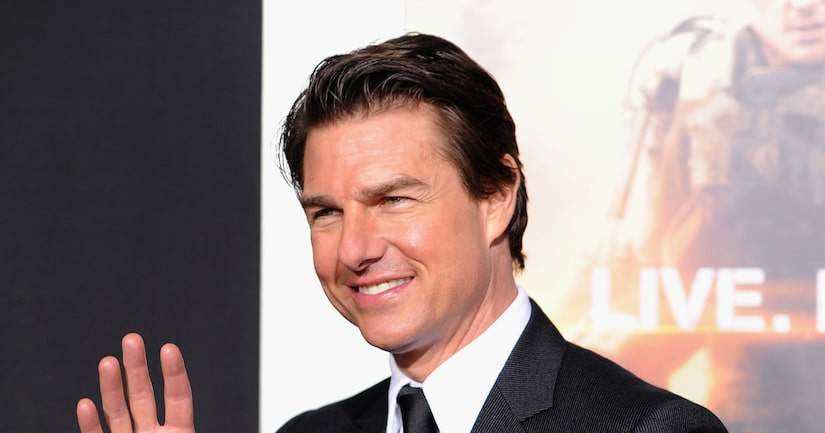 “Extra’s” AJ Calloway finally made it to NYC with superstar Tom Cruise on his whirlwind press tour for “Edge of Tomorrow.”

After stops in London and Paris, Cruise proved that he is just too busy to be looking for love.

Tom said, “Low priority. I'm just focusing on my movies. I got ‘Mission,’ I got this… head down seven days a week.”

Cruise even admitted he didn't know George Clooney had gotten engaged. “I did not know that… you guys know this stuff. I don't track this stuff. Congratulations, George. Way to go.”

Cruise is getting ready to return to London to shoot “Mission: Impossible 5,” but could there really be a “Top Gun” sequel in his future as well? “If we can figure it out I would love to work with Jerry again. Bruckheimer’s an amazing producer and a great friend.”

Make sure to check out Cruise in his sci-fi thriller “Edge of Tomorrow,” in theaters June 6.