The Jolie-Pitt brood made a rare public appearance at mom Angelina Jolie’s “Maleficent” premiere in Hollywood on Wednesday.

Look at the Jolie-Pitt kids! They grow up so fast!pic.twitter.com/aOEolLyYis

Noticeably missing was Knox’s twin sister Vivienne, who stars as a young Princess Aurora alongside her mother in the Disney movie, but her absence is a mystery. 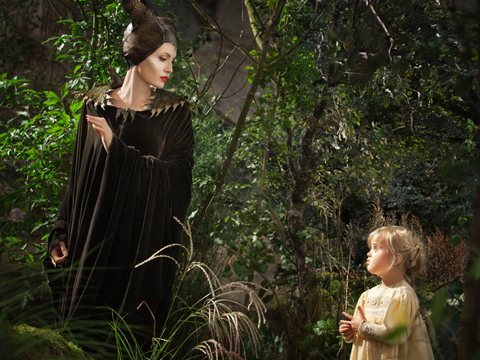 After posing on the red carpet, Angelina told the AP that the little ones headed over to the El Capitan movie theater to wait for mom and dad.

It’s a good thing, because soon after, Brad was attacked by Ukrainian journalist Vitalii Suduik!

How Often Does Kris Jenner Get 'Lucky'? 'I'm Always in the Mood' 5

How Josh Duhamel Is Supporting Ex Fergie After Her National Anthem…