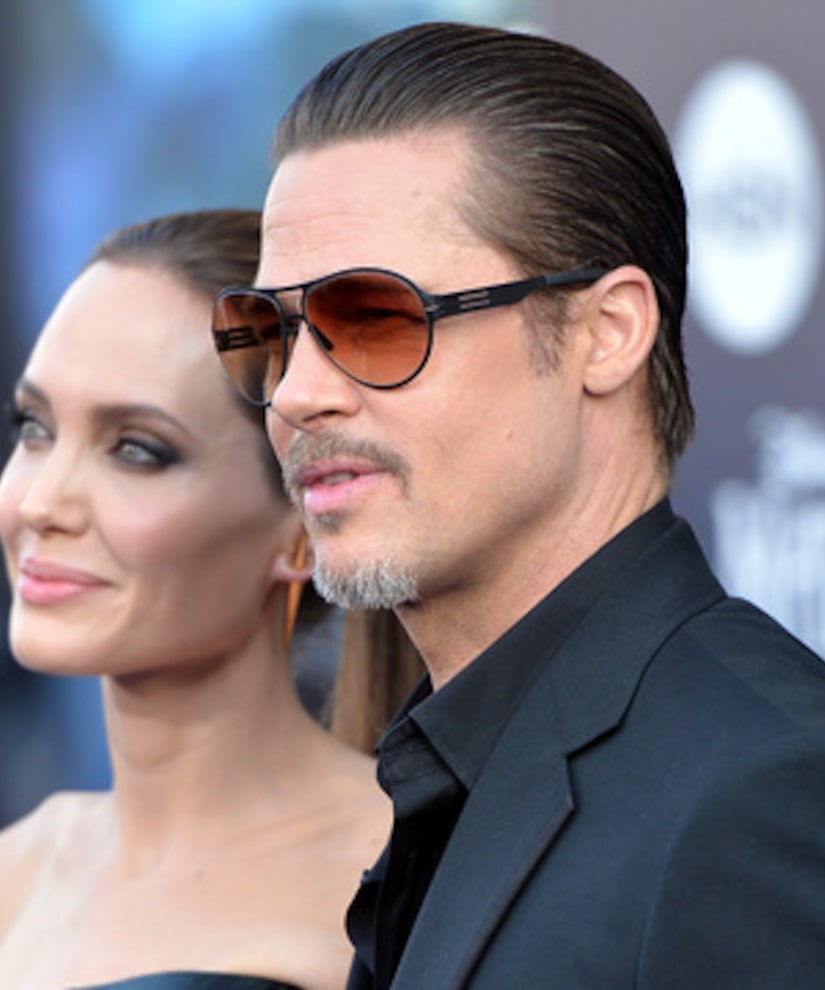 “Extra’s” Mario Lopez was on the red carpet with star Angelina Jolie at the premiere of her film “Maleficent,” where Jolie had a date night with fiancé Brad Pitt, along with their six children.

Jolie admitted that 5-year-old Vivienne, who plays a younger version of Princess Aurora in the film, needed a little coaching from her parents while on the set.

Family Pic! Brad and Angelina's Kids Look So Grown Up at 'Maleficent' Premiere

“The first day I wasn’t in the scene with her. She was 4 at the time and you tell her to do something and she doesn’t want to do. Daddy and I worked really hard the first day to get her to do a lot of the stuff… apparently, the outtakes were really funny of us jumping around trying to get her to do things.”

The mom explained on the second day on set, she was in the scenes with Vivienne, which made things a little easier. As for being at the premiere with her parents, Jolie said her daughter “has a really nice casual approach to it all. It’s fun to play with mommy, but she also wants to know if there’s any candy here and doesn’t care about seeing herself.”

Has Brad ever seen her “Maleficent” side? “Not often, but he’s seen me get angry, not usually at him… when I see something in the news or something happening in Syria, or I get angry at injustice and really pissed off at the lack of humanity, that’s what gets me.”

“Maleficent” swoops into theaters this Friday.