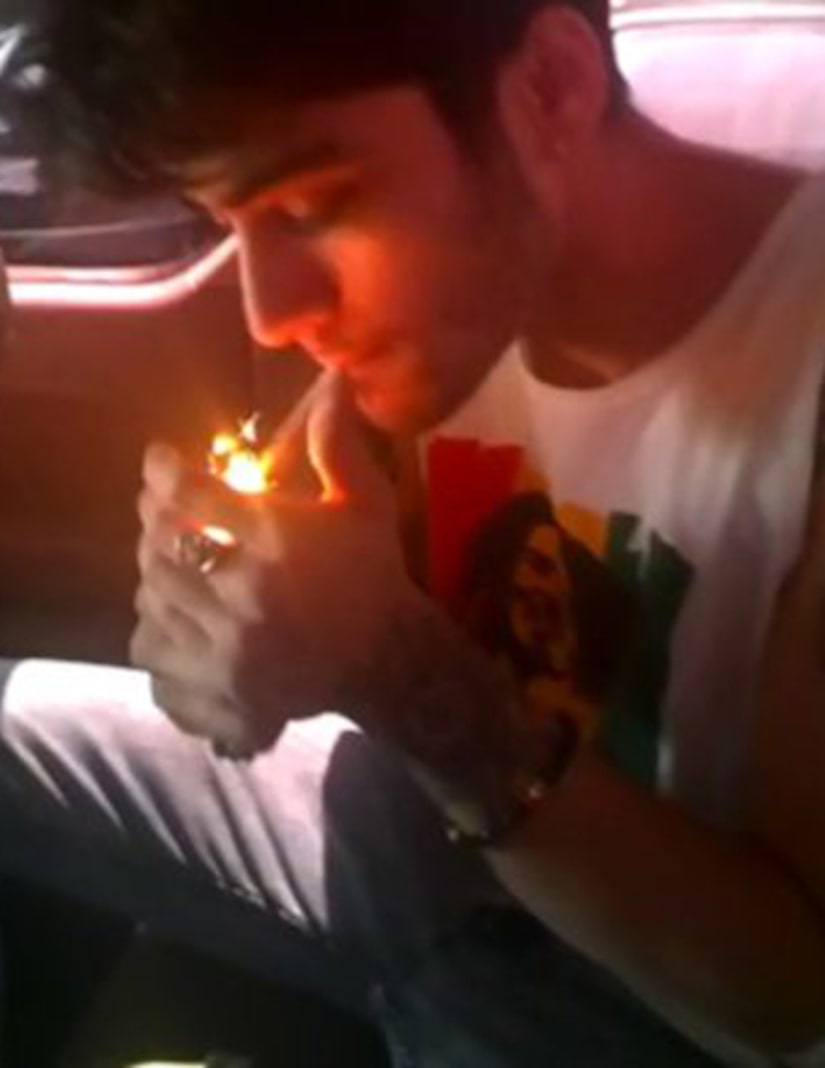 Video of One Direction members puffing on what they refer to as a “joint” went viral on Wednesday.

Boy-banders Louis Tomlinson and Zayn Malik were sitting in the back of an SUV allegedly smoking marijuana while traveling in Peru for their “Where We Are” tour.

Tomlinson appears to be filming the video and can be heard saying, "So here we are, leaving Peru. Joint lit. Happy days!"

Louis narrates, “One very, very important factor of Zayn's warm up, of course, is Mary J., herself.” He passes the joint to Malik and asks, “How is it, Zayn?” After exhaling, Malik replies, “Nice.”

At one point a police officer passes by, and Tomlinson, 22, says, “He's having a look. He's thinking. I'm sure I can smell an illegal substance in there. And he's hit the nail on the head.”

Near the end of the clip, Louis wonders if the video will come back to haunt them.

“I'm sitting here in Peru wondering, 'Will this come back to me?' Who knows? Maybe.”

One Direction's three other members, Liam Payne, Harry Styles and Niall Horan, do not appear in the video.

Some fans are up in arms over the alleged weed use, tweeting that they have torn up their "Where We Are" tickets and vowing to burn all their 1D memorabilia.

A spokesman for the band told E! News, “This matter is in the hands of our lawyers.”