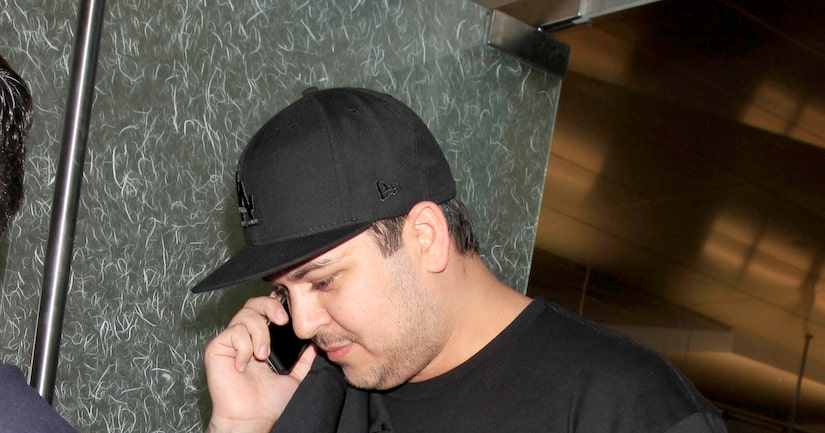 As Kim Kardashian and Kanye West celebrated their nuptials in style in Florence, Italy, there was one Kardashian not in attendance… brother Robert Kardashian.

Sources told TMZ that Kim's little brother hurriedly left Paris on Friday after reportedly refusing to pose in wedding pictures with his family because of his weight insecurities.

His family tried to get him to stay and was heartbroken when he decided to leave. Rob was spotted in the Paris airport reportedly “in tears.”

An insider told X17Online.com, "He just doesn't seem to feel comfortable or happy around his family at all. They're all wrapped up in the same pretty world and he just doesn't fit it."