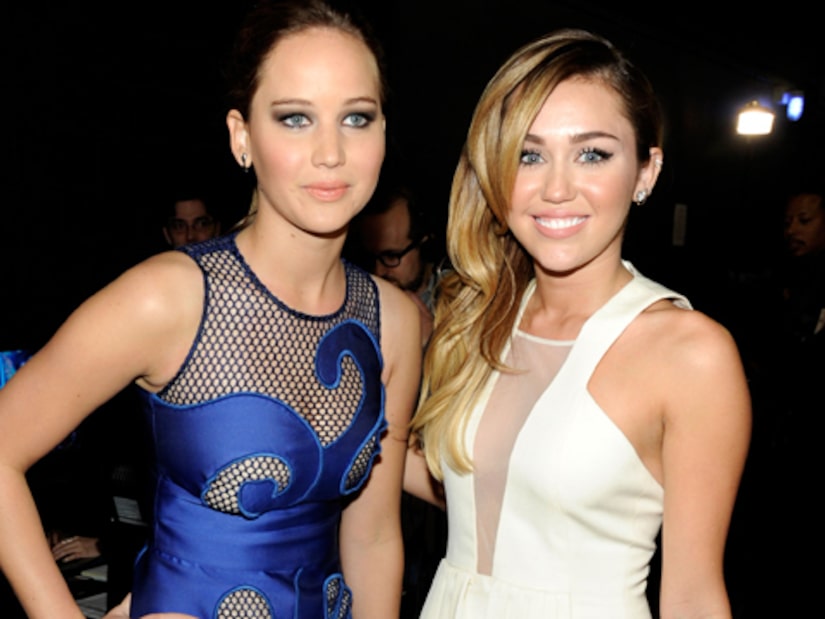 “X-Men” star Jennifer Lawrence told Seth Meyers a hilarious story about puking at an Oscars after-party, naming Miley Cyrus as the judgey celebrity who saw it all go down... and come up.

Too bad Miley doesn't remember it that way.

Lawrence claimed she was throwing up on designer Guy Oseary's porch when she turned around and saw Miley looking at her like, “get it together.”

Someone with the Twitter handle @OurFemaleRebel tweeted the story, and Miley responded, “That never happened.” See a screengrab of the exchange.