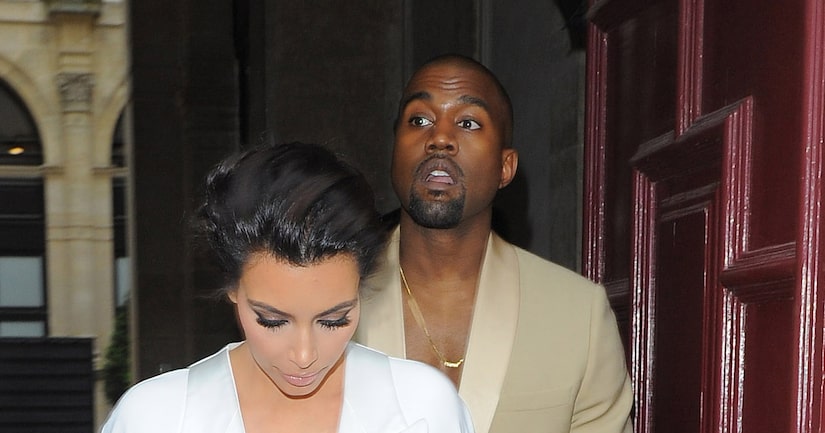 As the Kim Kardashian and Kanye West wedding festivities continued on Friday, the happy couple held their rehearsal dinner at the Palace of Versailles.

Looking stunning in a low-cut white dress, Kim was spotted leaving Paris with fiancé Kanye West and heading to the famed French historical landmark to enjoy dinner and a private guided tour.

Kendall Jenner posted an Instagram pic, captioning it, "last night dancing in the rain with @olivier_rousteing."

The Louis XIV estate released a statement regarding the Kimye extravaganza, "Kim Kardashian and Kanye West have decided to let their guests discover the Château of Versailles during a private surprise tour on Friday, May 23, the eve of their wedding. In making this choice, they are contributing to a better understanding and maintaining the exceptional heritage of the castle of Versailles, which is classed a World Heritage site UNESCO."

Plans are to fly all the guests on Saturday for the wedding ceremony at Fort di Belvedere in Florence, Italy.