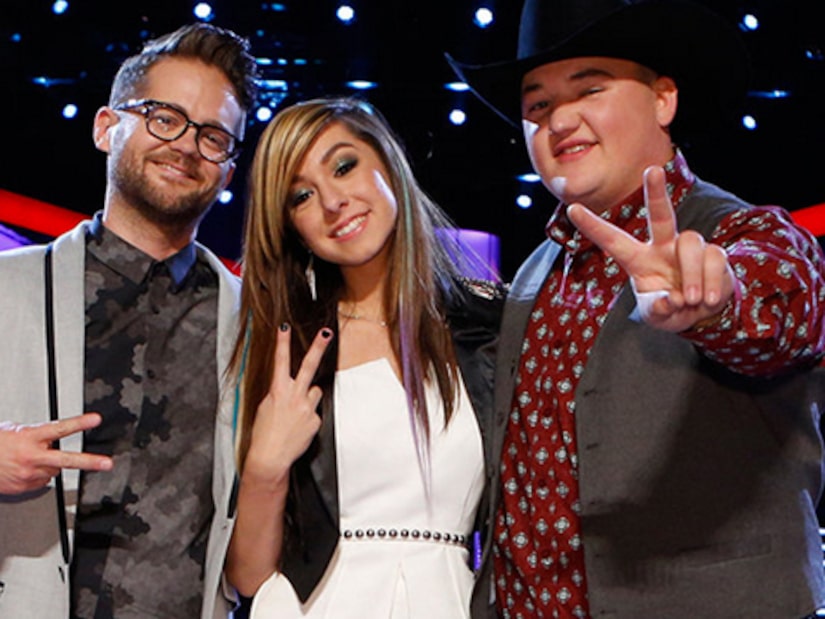 Josh Kaufman from Team Usher was the big winner at “The Voice” finale on Tuesday, followed by runner-up Jake Worthington and third place finalist Christina Grimmie.

The top 3 will hit the road for “The Voice” tour next month, but that's not all they have in store. We caught up with the trio backstage. Here's what we found out:

Josh Kaufman: “Obviously, there's 'The Voice' tour this summer, so that's coming up pretty quickly and it's going to be a lot of fun… then it's a matter of figuring out what a record is going to look like… at the root of everything I do is kind of a soulfulness. That's going to be there at the heart of whatever it is, so I think you can take that and add a pop element. You can add a rock element to that. You can go a lot of different directions, but it is definitely going to be centered on soul.”

Jake Worthington: “My future plans obviously are to continue to work toward a music career. This show has made me a business, made us all a business now and I'm ready to hold on to that and stay cool and ride that train. If Blake has any input into that I'm willing to have him along. That's all up to him… I'm excited!”

Christina Grimmie: After coach Adam Levine confirmed that he was 100 percent planning to sign Christina to a record deal, she said, “Adam is the best! It is going to be awesome to just get into making music… I want to get down to business, go on tour and write some music.”