Hot mama Kim Kardashian is certainly showing off her svelte figure in Paris days before her wedding… even exposing some major side boob in a revealing tank top.

The bride-to-be walked arm in arm with fiancé Kanye West as the two strolled into L’Avenue in Paris on Monday.

The day before, Kim also posted a pic of her ample backside in a pair of tight jeans.


Meanwhile, Kim’s high profile family has descended upon the City of Lights.


Why Kim and Kanye Can't Get Married at the Palace of Versailles... and Other Wedding Details!

Sisters Kendall and Kylie Jenner were also on hand, arriving to their Paris hotel. 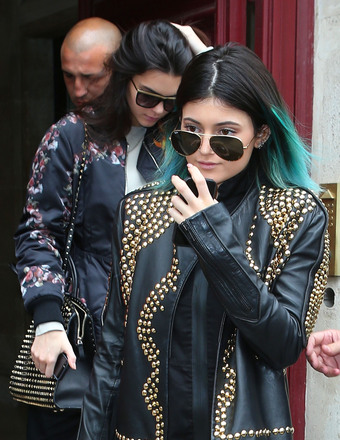 Vanessa Bryant Fires Back at Her Mom’s Shocking Claims 8