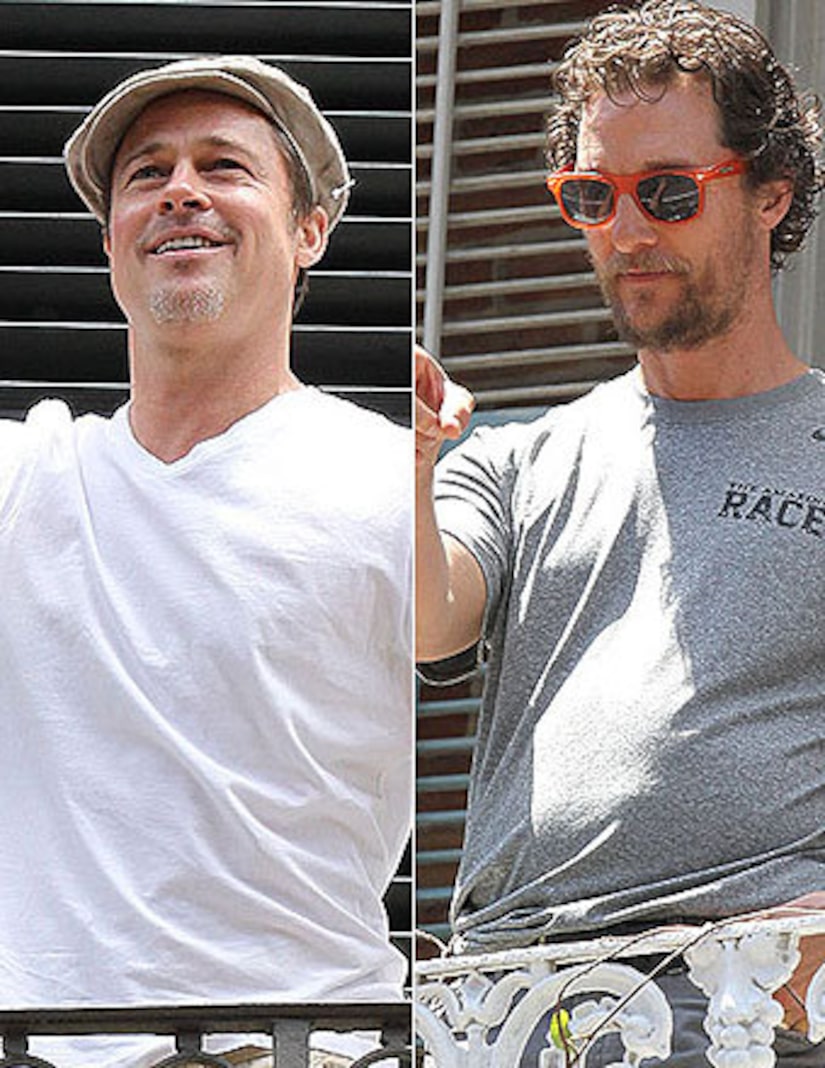 A passerby in New Orleans captured quite the scene on video… Brad Pitt chatting up Matthew McConaughey while they were on opposite balconies.

Neighborly Brad even tossed Matthew a beer! According to the bestofneworleans.com, the brew was NOLA's Hopitoulas.

Matthew was in town with Drew Brees for an “Amazing Race” event benefiting McConaughey's Just Keep Livin' Foundation and the Dream Brees Foundation.

Brad, who owns his French Quarter pad, was in New Orleans to host a gala for his Make It Right Foundation.