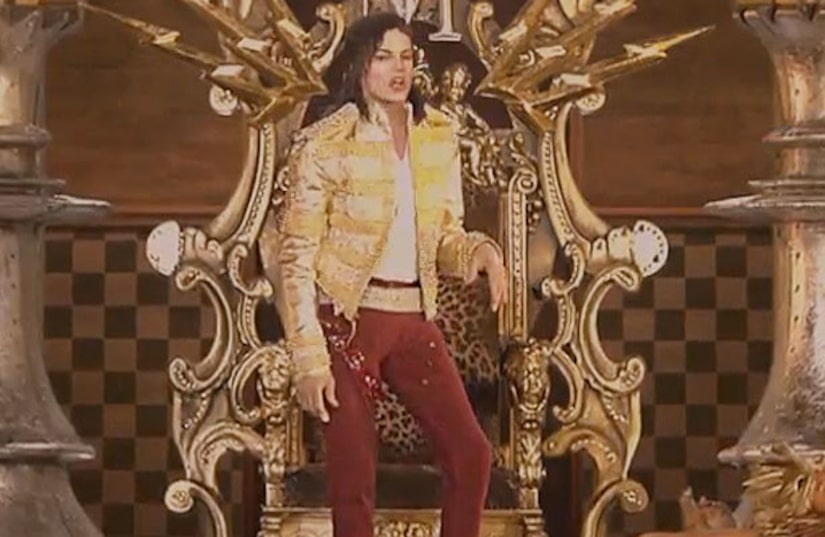 The Michael Jackson performance at the 2014 Billboard Music Awards on Sunday left the audience marveling at the technology that resurrected the King of Pop.

Jackson, in hologram form, performed "Slave to the Rhythm,” a track that was recorded in 1991 with L.A. Reid and Babyface during sessions for Jackson’s “Dangerous” album.

Billboard.com said it took Billboard Music Award producers a year of planning, choreography and filming, not to mention the development of new technology.

The selection of "Slave to the Rhythm" for the hologram performance was made late last year, with Jackson associates the Talauega brothers, Rich and Tone, and Jamie King brought in to choreograph and direct the video, which was produced by Pulse Evolution and Tricycle Logic.

Rich Talauega said "We knew we didn't need to go so far left field with his dance moves -- we just kept it within his world. It's just the way you reconfigure his steps, so it looks different. You're still speaking the same language, it's just a different dialect."

"Slave to the Rhythm” was released last week on the special new Jackson album "XSCAPE” and was produced by Timbaland.

Jackson died on June 25, 2009 of acute propofol and benzodiazepine intoxication after suffering cardiac arrest. He was 50 years old.