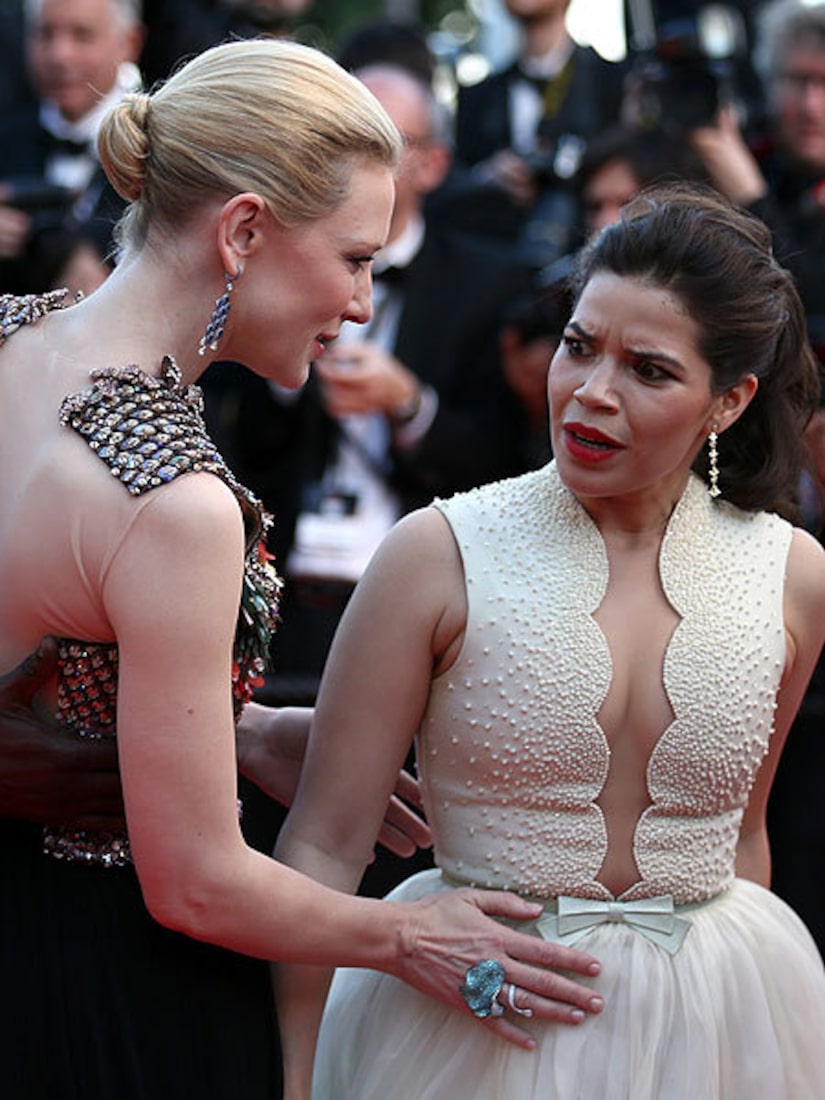 Actress America Ferrera reacts to having her first appearance at the Cannes Film Festival soured by an annoying prankster.

At the premiere of “How to Train Your Dragon 2,” infamous prankster Vitalii Sediuk rushed the carpet and stuck his head under Ferrera's stunning Georges Hobeika Couture gown before being dragged away by security guards. 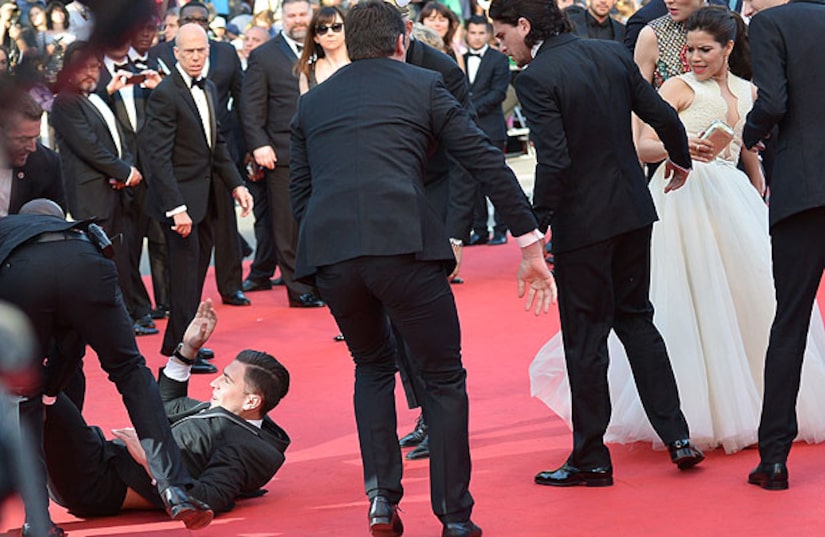 The “Ugly Betty” star told Vulture, "It felt like a crazy weird dream. It was like, I was at Cannes in my dream. I was on the red carpet and Cate Blanchett was next to me, and then some guy jumped under my dress!"

Click through a gallery of all the Cannes fashion!

She added, “Of all of the things I prepared myself for, that was not one of them.”

Ferrera isn't the first victim of the red carpet weirdo. Sediuk has also accosted Leonardo DiCaprio, Bradley Cooper and Will Smith on the carpet, and even went on stage at the 2013 Grammys just as Adele won an award.