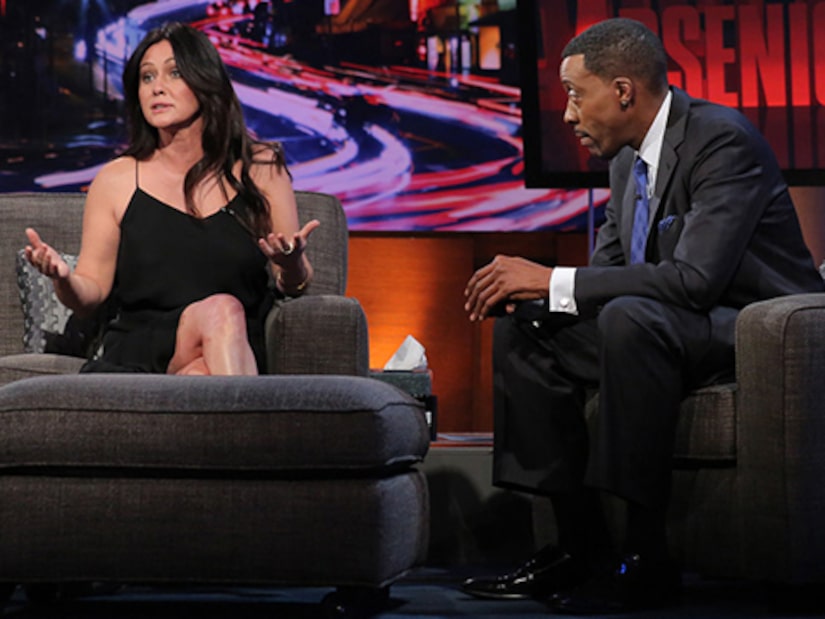 Doherty was a guest on “The Arsenio Hall Show” on Thursday, and the host asked what she thought of “True Tori,” a reality show surrounding Spelling's crumbling marriage to Dean McDermott.

Shannen said, "She is baring her soul and I think that everybody has their process of what's cathartic for them in how to deal with something, and this might be hers."

If Tori had asked for her advice before the show, Doherty said she would have told her "to do whatever she felt was the best for her. My heart does break for her. It breaks for anybody that's in that situation. I mean, that's pretty awful, and I certainly hope everything works out for the best. And in meantime, it's making for some amazing TV."

She added, "I just hope that Tori loves herself. She should… she's a beautiful girl and she needs to ignore the haters."

Hall also asked what Doherty thought of Jason Priestley's new memoir, and his stories about her wild demands. She said she's not mad at her onscreen brother, explaining, “I always say that everyone has their own version of the truth, and memories are very funny things.” Watch the interview!