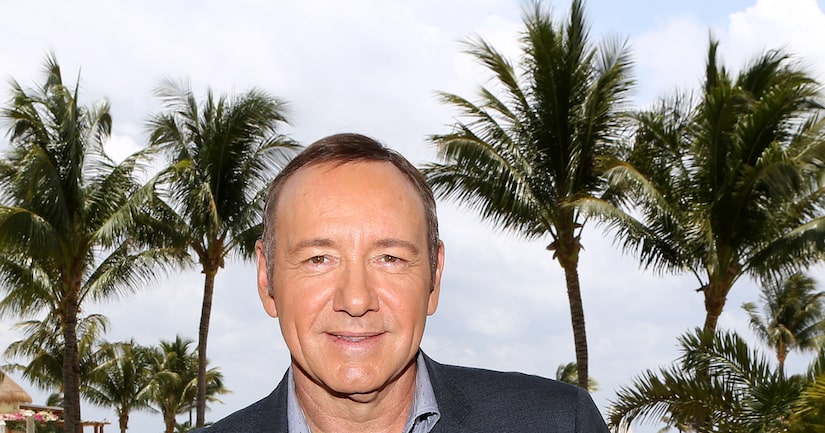 “Extra’s” Jerry Penacoli sat down with Kevin Spacey for an exclusive interview in Cancun, Mexico, where Spacey was meeting with President Enrique Pena Nieto promoting tourism.

Kevin dished with Penacoli about playing politician Frank Underwood in Netflix hit “House of Cards,” which is based on a book by Michael Dobbs and an original British TV series.

The actor explained his character was based entirely on Shakespeare’s “Richard III,” a role Spacey played at the Old Vic in 2011.

Kevin knew President Obama was a huge fan of the show. “I did hear that he is a frequent watcher. He asked about this season when it started, but we couldn’t even spoil it for the most powerful man in the free world… I understand that he has said that he wishes Washington were as ruthlessly pragmatic as it is on ‘House of Cards.’”

Bill Clinton is also a fan. Spacey, who can do a spot-on impression of Clinton, said he recently saw the former president at an event and joked with the real-life politician that he’d pretend to be Clinton and give a speech. “I said, [as Clinton] ‘I love that ‘House of Cards,’ 99 percent of what they do on that show is real, but the 1 percent they got wrong is you could never get an education bill passed that fast.’”

Spacey also set the record straight on rumors he will be playing Johnny Carson in a biopic. “I read they're making a movie of Johnny Carson's life, and then on Twitter, lots of people said that I should play it.” The Oscar winner said he isn’t in talks about role, but would be interested in it if the script “was really fantastic.”