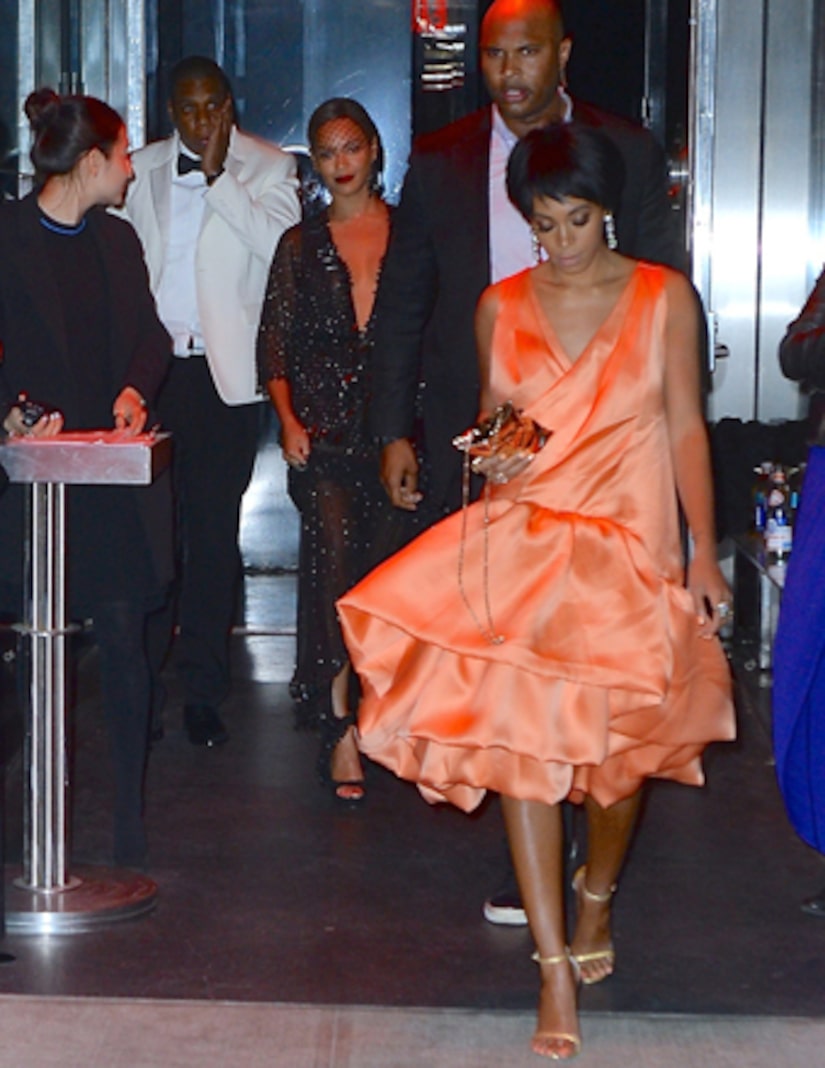 Sisters Beyoncé and Solange Knowles, along with Jay Z, have finally decided to speak publicly about the leaked video showing Solange attacking her brother-in-law in a hotel elevator.

The statement given to AP said they have "moved forward as a united family" and that Jay Z and Solange have apologized to one another, stating, "They both acknowledge their role in this private matter that has played out in the public."

The statement reads: "As a result of the public release of the elevator security footage from Monday, May 5th, there has been a great deal of speculation about what triggered the unfortunate incident. But the most important thing is that our family has worked through it. Jay and Solange each assume their share of responsibility for what has occurred. They both acknowledge their role in this private matter that has played out in the public. They both have apologized to each other and we have moved forward as a united family."

It also added that any reports of Solange being intoxicated and "displaying erratic behavior" are false.

The statement concluded, "At the end of the day families have problems and we're no different. We love each other and above all we are family. We've put this behind us and hope everyone else will do the same."

The incident occurred last week at the Standard Hotel in New York at a Met Gala after-party.

The hotel said Wednesday it had fired the staffer who leaked the video.