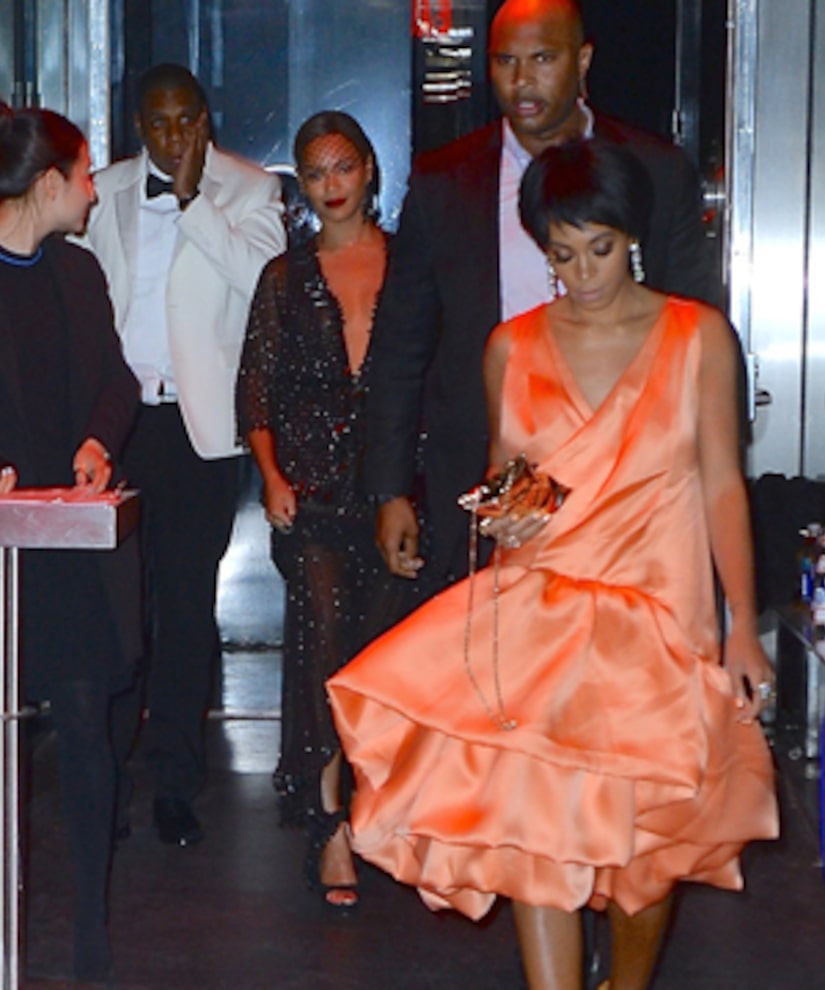 Jay Z and Solange Knowles apparently made up -- they were spotted jewelry shopping together at Mr. Flawless in NYC -- but fans still want to know why Solange attacked her brother-in-law in an elevator.

The incident occurred at a Met Gala after-party at the Standard Hotel in NYC. Leaked security video shows Jay Z, Beyoncé and Solange entering an elevator, along with a bodyguard, when Solange immediately begins yelling at the rap mogul and hitting and kicking him as she is restrained by the bodyguard.

A source told The New York Daily News that trouble started when, “Two of [Solange's] friends, who were not dressed for the Met ball, showed up at the Standard and caused a scene downstairs.”

The insider continued, “They wouldn't leave and kept name-dropping Jay Z. They were pretending they were guests of his and not hers. Management went to Julius (Beyoncé's bodyguard) and said there's a problem.”

Jay Z supposedly snapped at his sister-in-law, saying, “don't use my name.” Yikes!

Click here for more theories about the Jay Z and Solange feud.

The family seems to have patched things up. After the jewelry shopping trip, Beyoncé shared a photo of her and Solange on Instagram.