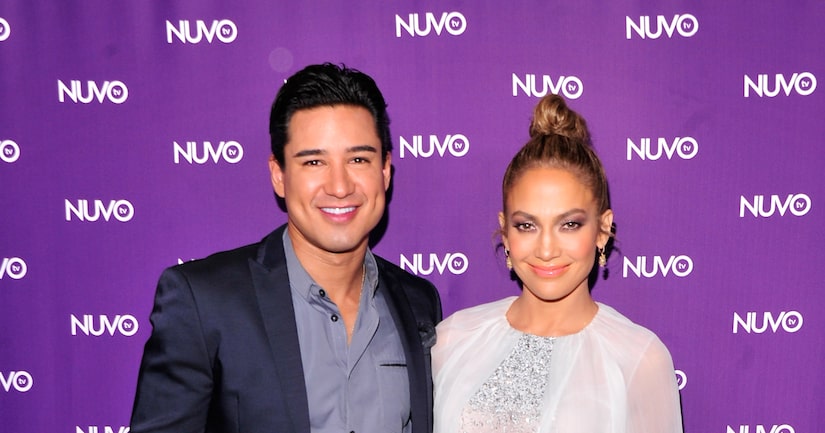 Superstar Jennifer Lopez sat down with “Extra’s” Mario Lopez for an exclusive interview at the NUVO TV upfronts, where she opened up about whether she will return to “America Idol” next season.

Lopez said, “The plan is to all come back… you know me, I like to work on my schedule.” She added, “Everything has gone great this year. I know everybody’s like, ‘Are you coming back next year?’ Everybody wants to know about next year. I’m like, ‘Can we just finish this year first?’”

Jennifer loved doing this season. “The finale’s coming up, it’s been going great. We love each other, the chemistry is good, the ratings are climbing back up. It’s a good time. I love the show.”

The singer also talked about her new album, “A.K.A.” “If you listen to my other albums, there were always about love and it was always about the fairy tale and hoping for that and praying for that and after everything that happened to me in the past couple of years, I’ve realized so many things about myself and I grew up a lot… that is all reflected on this album, too.”

Lopez also revealed the inspiration behind her sexy album cover. “I've been on this kind of like '90s supermodel, Versace thing… That's kind of been my fashion inspiration. The top I'm actually wearing I think is from the '90s in that picture, the red top. I mean, what there is of it.”

Lopez is not only the COO for Nuvo TV, she is also the co-executive producer of two new series for the network. “We have ‘Los Jets’ and ‘The Collective,’ which are two projects that we’re really, really proud of. It’s funny, when I watch ‘The Collective’ I kind of think of the early days of MTV. It s kind of a great underground, finding those artists that are making noise and are really interesting and different.”

She continued, “‘Los Jets’ is a really heartwarming underdog kind of story, but at the end of the day, with all of this social and political issues on top of it, it is also about the Latino culture.”

Lopez will also be performing. “It’ll be my first performance of ‘First Love.’ I'm also performing with Pitbull that night. We’re going to do the World Cup song for the first time.”

Tune in to the 2014 Billboard Music Awards, Sunday on ABC!