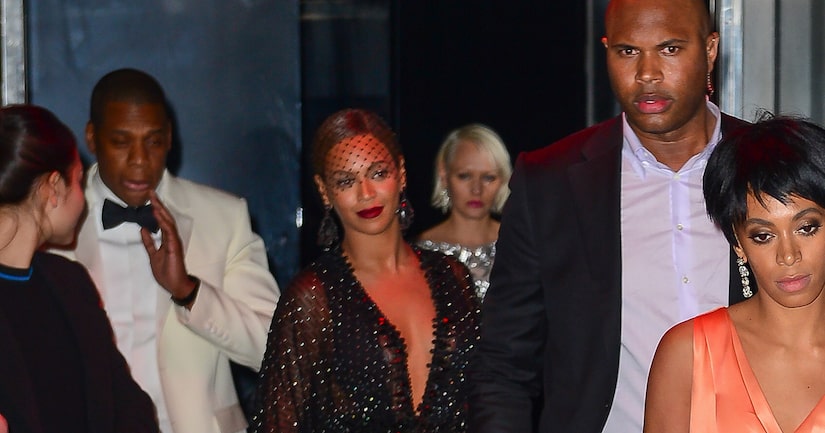 New rumors abound as to the reason Solange Knowles lashed out at brother-in-law Jay Z in a hotel elevator last week.

A New Theory on Why Solange Knowles Attacked Jay Z

The incident occurred at a Met Gala after-party at the Standard Hotel in NYC. The leaked security video shows the three of them entering an elevator, along with a bodyguard, when Solange immediately begins yelling at the rap mogul and hitting and kicking him as she is restrained by the bodyguard.

A family friend revealed to Daily Mail that jealousy might have been the cause. “Solange is so angry because Jay Z promised to give her more help with her career, and when she brought it up again the night of the gala, he told her he just didn't have the time to work with her in the studio.”

The source continued, “He hasn't kept his promise to help her. Jay keeps telling her to give him some time and he will sit down and write with her and then get her into the studio, but he hasn't done it yet. Solange wants a major career like her sister and she's tired of living in her shadow. She's jealous.”

UsWeekly.com also reports that Solange first lost her temper that night with fashion designer Rachel Roy, a close friend of Kim Kardashian. A source told Us that Beyoncé got into the middle of the argument, although it's unclear what it was about.

In another report from NY Daily News, sources said Solange was peeved at Jay Z for ditching Beyoncé and going to a Rihanna after-party.

Solange further fueled the “jealous” rumors when she deleted most of Bey's pics from her Instagram account on Tuesday. Solange did leave one of herself happily posing with her big sister and a friend from 15 months ago with the caption "Girls moment."