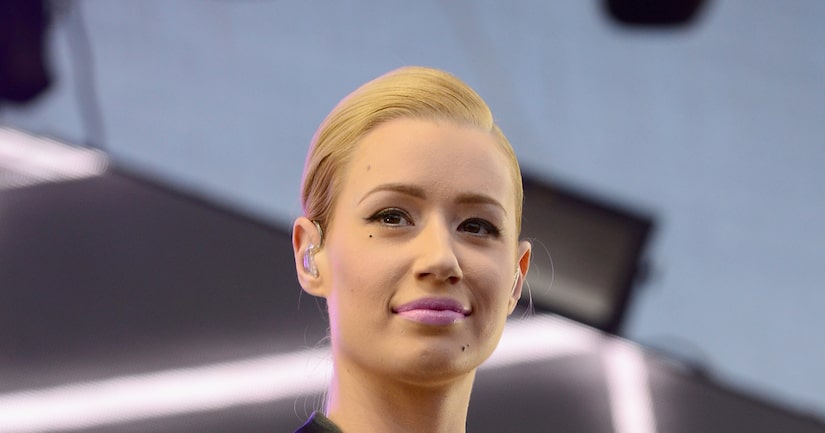 Only “Extra’s” Renee Bargh was backstage at KIIS FM’s Wango Tango, catching up with all the stars, including Iggy Azalea, who talked about collaborating with Jennifer Lopez.

Azalea said, “I actually just finished working with her, about two weeks ago… we did a song for her new album that’s coming out, ‘A.K.A.’”

Iggy added that the song is fabulous. “I love it.”

Iggy also explained how Lopez reached out to her. “She called me up… I was in the middle of tour, was in Toronto, and I got a phone call late at night before I was going to bed. They said, ‘Jennifer would like to speak to you.’ 'Jennifer Lopez? Okay, I’ll stay up, I’ll stay up'… she said this would be her first collaboration with a female rapper, which I think is amazing.”

The singer continued, “She also said she loves my Pucci print suit on my album cover, that she loved Pucci, too, and we talked about that... she asked me if I would do the song. I used to sing J.Lo songs in my bedroom, so of course I would’ve loved to.”

Iggy also said she would also love to work with Outkast.