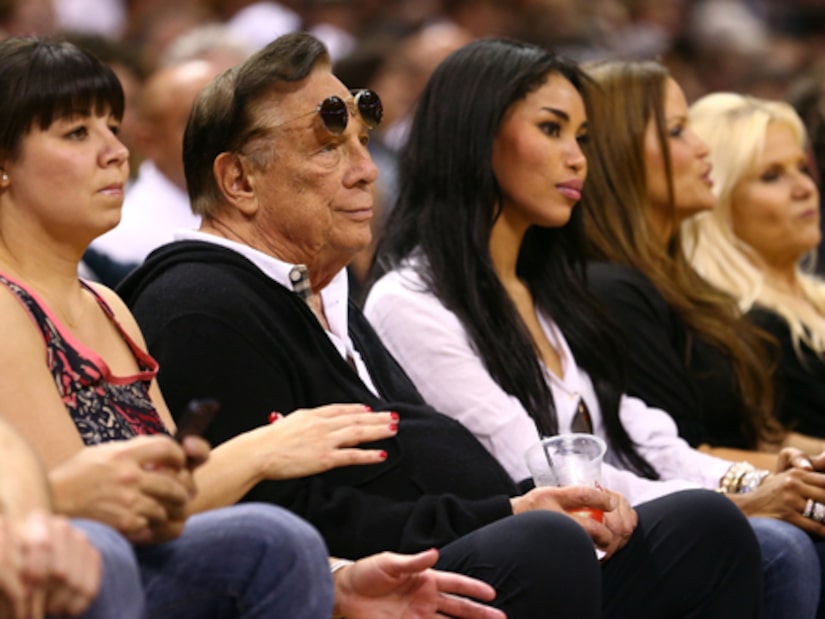 Clippers owner Donald Sterling has apologized for his racist remarks, while claiming that he was “baited” into making the comments.

In a new interview with CNN's Anderson Cooper airing Monday, Sterling said, "When I listen to that tape, I don't even know how I can say words like that. ... I don't know why the girl had me say those things.”

Cooper asked, "You're saying you were set up?"

The 80-year-old went on to say, "I'm not a racist. I made a terrible, terrible mistake. And I'm here with you today to apologize and to ask for forgiveness for all the people that I've hurt."

Sterling was recorded telling ex-girlfriend V. Stiviano not to publicly associate with black people, including Magic Johnson, and not to bring them to the Clippers games.

Since the audio recording was leaked (supposedly by a third party), Sterling, who is reportedly battling cancer, has been banned from the NBA, fined $2.5 million and could be forced to sell the Clippers.

"I -- in my opinion, I think he -- it's the onset of dementia," she said, adding that Sterling did not remember making the comments on the tape.

Prior to the leaked tape, Shelly said she had never heard him make derogatory comments about black or Hispanic people. She also insisted, "I'm not a racist. I've never been a racist."

Shelly made it clear that she would “absolutely” fight to keep her share of the Clippers if asked to sell.