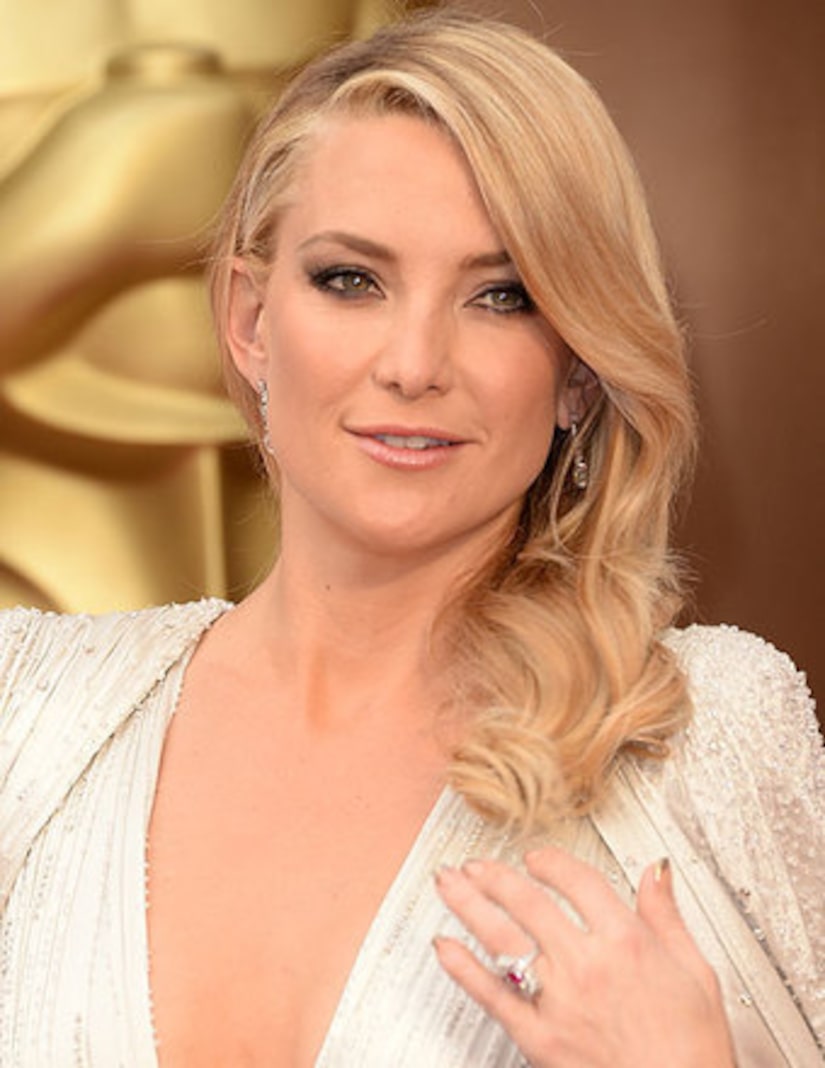 “Extra’s” Terri Seymour chatted with Kate Hudson about her Mother’s day plans. The mother of two says she would love to celebrate by doing nothing. “My thing for Mother’s Day is I like to sleep in, I like a Bloody Mary, spicy, and I just don’t want to lift a finger.”

Her 10-year-old son Ryder may have another idea. “Ryder’s perfect idea of Mother’s Day is for all of us to play a street hockey game, so we’ll probably get into that.” Kate says she likes to cook her own breakfast, so probably won’t have breakfast in bed, but Ryder will probably pick flowers and bring them up for her.

Kate showed Terri her favorite summer styles from Ann Taylor and what she may wear for Mother’s Day, revealing that while at home, she doesn’t dress. “I don’t really wear much, I really don’t, I’m trying to be honest, like my kids get mad at me, they’re like, ‘Mom, put some clothes on!”