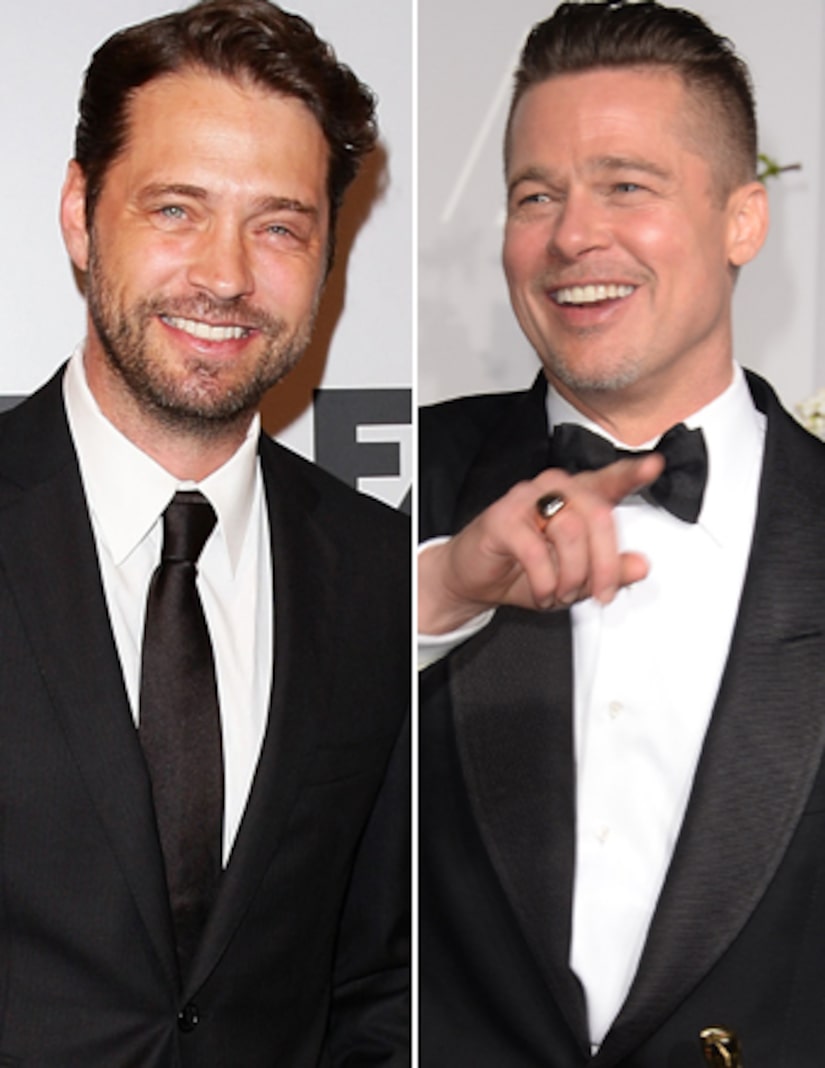 We know Jason Priestley and Brad Pitt used to be roommates when they were starting out in showbiz, but we didn't know they had an awesome story about a penis pump.

For the last question, Andy said, “You were roommates with Brad Pitt in 1987. What was the most homoerotic thing that went on in that apartment?"

Jason answered, "There was no wrestling, but the third roommate in that apartment, Bernie, he had a penis pump that he bought because he thought it was gonna make his c**k bigger," Priestley explained. "He used to go in the bathroom and like put this thing on, and we could hear it making this pumping noise and stuff. And me and Brad used to sit outside like, 'What is going on?'"

Priestley insisted him and Brad never tried the pump themselves, adding "[Bernie] had his junk in that thing all the time!"